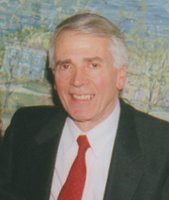 Albert M. Cabral, born in Portugal, was a hardworking, independent young man when he first immigrated to Canada. He would later make the United States his home. Albert passed away peacefully after a difficult battle with brain cancer on Friday, December 2, 2016. He was 82 years old. Albert “Al” came from humble beginnings. He was born on the island of St. Michael, in the Azores, Portugal and grew up on his parent’s farm overlooking the ocean and he became very resourceful. While a young man, Al worked as an apprentice furniture maker.The skills learned were used throughout his life whether he was doing home improvements or building beautiful bookcases for his grandchildren. He was always assisting with projects at each of his children’s homes. Al was a natural athlete growing up and his first love was soccer. He played on a farm team for a professional soccer league and for the Portuguese military during his service. Al also was a competitive ocean kayaker and swimmer. Al often recalled the story when he once participated in a kayak race with his good friend Adriano. During the race that they won in their Kayak named after the U.S. Saratoga, the two passed this U.S. ship while it was docked, sailors stood and saluted them as they passed. Al also shared that during his youth in Portugal, there were local business people who wanted to sponsor him to compete in Olympic cycling, but this never came to fruition. In 1957, after serving in the Portuguese military, Al travelled to Canada where he began his college studies in Toronto. During this time Al was courting his sweetheart Zenaide Ponte who had also immigrated from St. Michael to Somerville, MA with her family. In1958, Al immigrated to the United States and married, Zenaide. At that time, Al began working as a supervisor at Deran’s Confectionary, in East Cambridge for a number of years before taking a position at LFE Electronics in Waltham. He worked for LFE for over 30 years until his retirement at which time he held the position of Facility Manager. Al made Burlington his home for over 35 years. It was where his children grew up and where he became very involved in their lives. Because his sons enjoyed soccer also, Al joined forces with another Burlington parent, Norbert Sa, to bring youth soccer to Burlington. They put together the first team from Burlington to play in the Boston Area Youth Soccer League (BAYS). They managed to round up and organize 17 boys and enlisted help from Gyorgy Lang and Peter Miller. This was the founding of youth soccer in Burlington which has now grown into a community with as many as 700 children participating for Burlington. Al continued to play adult soccer well into his 50’s often playing against players half his age and letting them know the “old timer” still could play and as fast as ever. Al kept many of the values and traditions he learned as a child in Portugal and always placed his family first. He was a loving husband to his beloved Zenaide for 58 years. He was a model father and set an example for his children of working hard, providing for your family, and importance of keeping a close family bond. He encouraged his children to obtain college educations and to help them succeed as adults. Al was always present at their sporting events and school activities. His home was always busy with family and friends. There were always cookouts, dinners and holiday gatherings; it was the home where relatives would come to gather. He enjoyed gardening and being in the outdoors with family and friends. He knew his home was more than a place to live, but it was a place for family and friends to grow closer and appreciate their importance in their daily lives. Later, Al and Zenaide spent their retirement years in Chelmsford, MA, Gilford, NH and in Fairhaven, MA. They enjoyed several visits back to St. Michael while during the last they researched family history and genealogy which revealed his heritage of ancestry back to the 1700’s. His family describes Al as “a simple man with a full life.” Al was the loving husband of Zenaide A. (Ponte) Cabral. He was the proud father of Albert Cabral, Jr. & his wife Andrea of Hampton, NH, Keith Cabral & his husband, Luis Duffy of Boston, Karen Cabral Sullivan of Derry, NH and Donna Quirbach & her husband Christopher of Chelmsford. Al’s grandchildren, Samantha & Alexandra Meehan of Chelmsford, Christian & Tatyana Sullivan of Derry, NH and Jack & Noah Cabral of Hampton, NH, all of whom held a special place in his heart. He was the brother of Raul Cabral of Dartmouth, Mary Ribeiro of Dartmouth, Lilia Cabral of New Bedford, Edward Cabral of Acushnet, Joseph Cabral of Acushnet, Donna Branco of Dartmouth and the late Herman & Arnold Cabral. Al was also survived by many nieces and nephews. Funeral from the Edward V. Sullivan Funeral Home, 43 Winn St., BURLINGTON (Exit 34 off Rt. 128/95, Woburn side) on Saturday, Dec. 10 at 9 a.m. Followed by a Mass of Christian Burial in St. Margaret’s Church, 111 Winn St., Burlington at 10 a.m. Visiting hours Friday 4-8 p.m. Interment in Chestnut Hill Cemetery, Burlington. Memorials in Albert’s name may be made to The Home for Little Wanderers, 10 Guest St., Boston, MA 02135 www.thehome.org