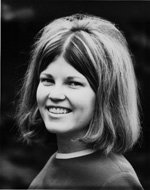 Barbara Marie (Gurgacz) Keicher, of Burlington, died at Winchester Hospital on Friday, March 24 after battling cancer for almost 20 years. She was the beloved wife of William E. Keicher. Daughter of John J. Gurgacz and Helen Kaminc, she was born, raised and educated in New Castle, Pennsylvania. Barbara was a registered nurse who worked in the pediatric department at Saint Francis Hospital in Pittsburgh, Pennsylvania and in the medical-surgical unit at Norwalk Hospital in Norwalk, Connecticut. She met her future husband in December 1971 in Pittsburgh. Barbara and William were married in August 1972. After a few years in Norwalk, in 1975, they moved to Burlington where their three children were born and raised. As her children grew independent, she found time to work part time as a nurse helping a special need student in Woburn. She also served as a volunteer at Longmeadow Place in Burlington and with Meals on Wheels. She was a member of Saint Malachy’s Church in Burlington. She enjoyed cooking with the MIT Adventures in Eating Club and published a favorite recipe in the MIT Women’s League cookbook, What’s Cooking Under the Dome. She enjoyed home gardening, bowling, spending time with friends, traveling and was hoping to be at her daughter Kathy’s wedding in June. She is survived by her husband Bill, her children, Lisa, Kathy and William, all of Burlington, her sister Janet Gurgacz of West Pittsburg, Pennsylvania and several nieces and nephews in New York, Pennsylvania, South Carolina and Michigan. She was preceded in death by her brother John Gurgacz and her parents, Helen and John Gurgacz. Friends and relatives are invited to call at the Edward V. Sullivan Funeral Home, 43 Winn Street, Burlington. Visiting hours will be from 7 to 9 PM on Monday, March 27th and from 2 to 4 PM and 7 to 9 PM on Tuesday, March 28th. Following an 8 AM service at the Edward V. Sullivan Funeral home, a funeral Mass will be held at Saint Malachy’s Church, 99 Bedford Street in Burlington at 9 AM on Wednesday, March 29th. Burial will be at Pine Haven Cemetery in Burlington. The Keicher family requests that memorials in Barbara Keicher’s name be made to the Susan G. Komen Breast Cancer Foundation, P.O. Box 650309, Dallas, TX 75265-0309.