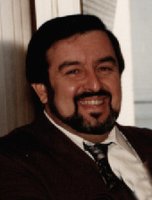 Arthur W. “Art” Caterino, a master diesel and marine mechanic, passed away peacefully, with his family by his side,  on Monday night, October 7, 2019 at the Sawtelle Hospice House at the age of 77 years young. Art was born in Stoneham. He was the oldest son of Arthur and Catherine Caterino. When Art was 13 years old,  his family moved from Malden to Burlington.  It was growing up in Burlington that he met his future wife and very best friend, Dayle Rupprecht.They spent 58 happy years together.

He finished his education at Burlington High School.  At a very early age, Art was fascinated with anything that had an engine.  As a teenager, he was already working on cars, trucks, small engines, boats, machinery, and anything else that had moving parts.  He was forever working on his and his friends cars.  He worked in a variety of companies over the years.  Art co-owned C & C Diesel for 15 years in Braintree, MA and then worked for Red Star Trucking for 15 years and ended his career at Lilly  Leasing, retiring in 2005. During those years he also ran his side business doing auto and marine repairs in a small shop in Salisbury. Art loved anything with an engine and was known to be a great magician in keeping the old trucks and boats running.  He was well respected amongst his peers, beloved by his customers, and was always willing to share his knowledge and skills with someone taking on a new type of project.

Art was a member of a classic car club called the “Cabelieros”.  On Art and Dayles 50th wedding anniversary, their sons gifted them a 1976 Cadillac Eldorado Convertible in which he loved being able to show off his new prized possession at the car shows. Being part of the car club brought immense joy to Art. He also loved being on the water and boating was a  big part of Arts life. Art loved fishing and cruising around.  He owned many boats over the years including a 32 Foot Carver named “Sea-Quel”.  He so enjoyed many 4th of July’s taking his boat to Boston for 2 or 3 nights, tying up across from the Hatch Shell and being under the fireworks with his many fellow boaters. Art made many lifelong friends in Newburyport where his boat was docked.  Also enjoying boating trips to Kennebunkport for long weekends and sharing the waters with George Bush , Sr.  He docked his boats in Newburyport and at his winter home in Hernando, FL. Art loved traveling, particularly cruising. He went on over 12 cruises over the years to various destinations including Alaska, Hawaii, Mexico, and the Caribbean. He regularly visited Aruba with family and friends and became very friendly with many of the locals. His most memorable vacation was a trip to Italy where he visited Rome, Tuscany, Venice, and Lake Como. Any chance he had, he would reminisce about his Italy excursion and always said that he would love to go back.  In more recent years, summers were spent at his vacation home in Old Orchard Beach, Maine. This was Arts happy place.

Art was a man of kindness.  He was always fixing someone’s car or boat.  If he was at the marina and a fellow boater was having a problem, Art would role up his sleeves, give up his own time on the water, and get them up and running.  It was Art’s special gift to be able to connect with others.   Art could talk to anyone about anything. He was quite the charismatic story teller, keeping his listeners engaged and laughing.  He could go into a crowd knowing no one and could leave later being everyone’s good friend. He was part of that generation where family, friends, and neighbors always came first. In a heavy snowstorm, after plowing for the town, he would plow everyones driveways, that is just the kind of guy that he was.

He loved to cook and Sunday nightwas always home made pizza night where he made everyone their own special pizza. Art was charismatic with his pizza cooking and loved to narrate his cooking techniques.  He loved Nascar racing, reading, and old country music. He adored his grandchildren and kept them laughing always. His three sons and six grandchildren were the true pride and joy in his life. He loved being seen, in fact, when you would greet him, and ask how he was doing he would reply with one of his famous “one liners” “Not bad for an old guy “ or “Its nice to be seen”.

Although Art will be terribly missed, he was the kind of person you’ll never forget, making remembering him easy.

Visiting hours will be held at the Edward V Sullivan Funeral Home, 43 Winn St., BURLINGTON (Exit 34 off Rt. 128/95 Woburn side) on Friday, Oct. 11 from 4-8 p.m. A funeral service will be held at the Funeral Home on Saturday, Oct. 12 at 11:00 am. Interment in Pine Haven Cemetery, Burlington. Memorial donations may be made to the Wounded Warrior Project, P.O. Box 758516, Topeka, KS 66675(www.woundedwarriorproject.org) or the Alzheimer’s Association, 309 Waverley Oaks Rd, Waltham, MA 02452 (www.alz.org/manh) For directions, obituary & online guestbook, please see www.sullivanfuneralhome.net