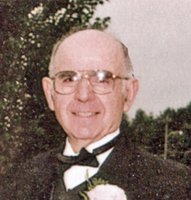 The above link will bring you to our Facebook page (sign-in is not required). You will be able to view the funeral service held on Wednesday, May 27th.

Ralph J. Marasa, a retired Postal worker passed away after an extended illness on Thursday night, May 21 at the Edith Nourse Rogers Memorial Veterans Hospital in Bedford.  He was 86 years old.  Ralph was one of 9 children born to Italian immigrants, Gaetano and Maria Marasa.  He grew up in a modest home that was filled to the brim with children in the Central Square section of Cambridge.  He served in the Army as a SP5 from November of 1956 to November of 1958.  He returned home to his sweetheart, Peggy Saia, whom he met at a dance.  They married on June 5, 1960.  They made their home in Arlington until 1974 when they purchased their forever home in Burlington.

Ralph started his career as an insurance agent at Metropolitan Life Insurance Company.  Tired of sitting at a desk all day, he purchased Santoro’s Sub Shop on Massachusetts Ave in Arlington.  He worked tirelessly 7 days a week for 10 years keeping his customers happy and full. He ended his career working for the U.S. Postal Service working at the Postal Annex in North Reading.

Ralph was a man who was always on the go.  He was a lifetime member of the Lexington Elks.  He had a great circle of friends who shared his passion for playing cards.  He and his wife were regular attendees with his in-laws, the “Saia Brothers”, at all the functions held at the Burlington Knights of Columbus.  As soon as the music started, he and Peggy were on the dance floor.  He enjoyed vacationing in Aruba and Las Vegas and days trips to Foxwoods and Mohegan Sun.  He was a huge Boston sports fan.  When a game was on, he was glued to his television or radio. Ralph was a loving husband to his wife, Peggy, for 60 years.  He was blessed to have 4 wonderful children three of whom were born in the same year.  He welcomed with open arms his children’s spouses as they became part of the Marasa family and was thrilled to be a grandfather of 7 remarkable grandchildren.  He will simply be remembered as a good and kind man who loved his family.