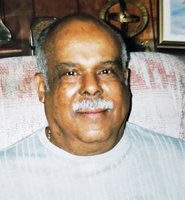 Click on this link to view Graveside Service on Thursday, August 6 at Noon.

Kevin Lyons Johnson, a retired mechanical engineer who worked on the Apollo Space Missions, passed away of natural causes on Friday morning, July 31, 2020.  He was 85 years old.  Kevin was born in Boston, the son of Charles and Inez Johnson.  He grew up and was educated in Arlington.  After graduating from Arlington High School, he went on to earn his Bachelor of Science Degree in Engineering from Northeastern University.  He then served his country as a First Lieutenant in the US Army.  He spent much of his time in the service stationed in Germany a member of Company D of the 24th Engineering Battalion.

Kevin had a long and distinguished career as a mechanical engineer.  As a child he had a mischievous and inquisitive nature.  He was the kid that would take apart his mom’s vacuum cleaner and washing machine to see how they worked and then reassemble them to good as new.  He would spend endless hours putting together model airplanes, boats, and assorted other projects.  He worked for Sylvania, AVCO, Raytheon, and ended his career at MITRE.  It was during his 25 years with Raytheon that he worked on projects for the Apollo Space Missions.  His name is prominently displayed at the Smithsonian’s Air and Space Museum’s Wall of Honor recognizing those who contributed to the US Space Program.

Throughout his career he was a mentor for Black students. He worked with students through Boston Partners in Education Inc.  The January 5, 1989 “Speaking to Tomorrow’s Leaders” Supplement in the Boston Herald contained an article about him talking to middle and high school students regarding the importance of education.  The July 27, 1997 Boston Globe ran a full page interview and photograph of him talking to students about Apollo 17.  His job was to develop an experiment to locate water on the moon.

He was the go to person when a neighbor and teenagers needed help with car repairs. The boys in the neighborhood looked up to him.  He was entertaining, and a wealth of knowledge regarding history, jazz music and car repair.  He was a huge live jazz fan and had a great appreciation for its history.  He enjoyed summer vacations on Cape Cod and many trips with his family.

Kevin was the beloved husband of 56 years of Betty (Robinson) Johnson.  He was the proud and supportive father and father-in-law to his daughter Karen L. Conyers and her husband Larrington S. Conyers, III of Staten Island, NY.  He was the loving grandfather of Kiana L. Conyers of Staten Island, NY.  He was the brother of Charles Johnson of Dallas Texas and Diane Greene of McDonough, GA.  He was also survived by niece, Kimberly Greene Hughes, nephew John Paul Greene III, and niece Charlotte Johnson.

A graveside service with military honors will be held at Chestnut Hill Cemetery, Bedford St., Burlington on Thursday, August 6, at noon. In lieu of flowers, memorials in Kevin’s name may be made to Wounded Warrior Project, PO Box 758516, Topeka Kansas 66675.   For online guestbook, tribute video, and obituary see www.sullivanfuneralhome.net.  Arrangements by the Edward V. Sullivan Funeral Home, Burlington.