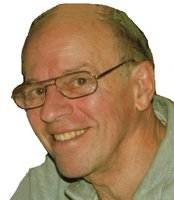 Salvatore P. “Jerry” Ficociello, loving husband and father, passed away from the complications of Parkinson’s disease on Friday, June 5, 2021. He remained at home thanks to his devoted wife Veronica  He was 85 years old and was born in Winchester.  He was one of 4 children born to Salvatore “Sam” and Mary Ficociello.  He grew up in Woburn and served in the Army for two years at the end of the Korean War.

Jerry’s life revolved around his wife, sons, and their wives, and his four grandchildren.  He and his wife Veronica had been married for over 55 years and lived in Burlington for 40 years.  They raised their sons together and cherished every moment with their grandchildren.  Jerry and Veronica travelled together, took cruises, and went to the socials at the South End Italian Club.  He coached his sons’ youth hockey and little league teams.  When his sons moved up in hockey, he was always in the stands.  He enjoyed seeing his granddaughters play for Woburn hockey.  His family loved his cooking, especially his homemade pizzas and calamari at Christmas. Jerry and Veronica always welcomed everyone to their home.  He will be missed, but never forgotten.

Jerry was the beloved husband of 55 years of Veronica (Wallus). He was the proud father of Robert & his wife Alison of Chalfont, PA and Todd & his wife Erin of Woburn. He was the adoring “Grampy” of Lucia, Marcus, Samantha, and Kelsey.  He was the brother of Mary Venditti & her husband Arthur of Wilmington, Paul Ficociello of Stoneham, and the late Josephine Kmon & her surviving husband Matthew of Methuen and brother-in-law of Robert Wallus of Burlington and Joseph & Judy Wallus of Lynn.  Jerry was also survived by many nieces, nephews, and friends.

A memorial service will be held at a future date.  In lieu of flowers, memorials in Jerry’s name may be made to the Michael J. Fox Foundation, www.michaeljfox.org, P.O. Box 5014, Hagerstown, MD 21741-5014.  Arrangements by the Edward V. Sullivan Funeral Home.  For obituary, online guestbook, and video tribute see www.sullivanfuneralhome.net