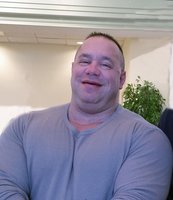 David Lawrence Panzeri passed away suddenly on June 12, 2021, at the Lahey Hospital in Burlington.  He was 54 years old.  David was born in Cambridge and lived his childhood years in Medford before his family settled in Burlington in 1973.  He was a 1985 graduate of Burlington High School and a member of the wrestling team.  He went onto to earn his Associates Degree from Dean College in Franklin, MA.  He has worked for the past 25 years alongside his father and mother in their family business Lance Financial in Burlington which is now part of Ameriprise Financial.  He served as Vice President and took care of all the technology and information systems within the company.  It was a gift to be able to work alongside his mom and dad every day and sharing the same goals and passions.

David was a man that never casually pursued anything.  If he was going to do something he was all in and full throttle.  He had a Third-Degree Black Belt in Karate.  He trained and taught with Rick Vasapoli at Samurai Warriors.  He loved the discipline of the sport and sharing the lessons of self-defense, fitness, self-control, and concentration with his students.  He was a body builder for many years.  He spent endless hours in the gym lifting and toning and would follow a strict diet plan to achieve his maximum potential.  He was a published author writing a book on nutrition and fitness.  He was a muscle car enthusiast.  Over the years, he owned numerous high output cars including a Cobra, 700 hp Super Bee Dodge Charger SRT 8, and a 717 hp Challenger SRT Hellcat to name a few.  It was just the way David lived his life.  There was never a gray area.  If he was going to do anything, he was “all in”.  It was not worth doing anything unless he put his whole being into it.  He always strived for excellence.  With this huge macho man image on the outside, he also a softer side on the inside.  He was an animal lover and had three feline companions named Bluez, Mocha, and Maizey. He was the proud and devoted father who would do anything for his son.  David’s sudden passing is tragic.  He was just a month away from his marriage to his fiancée and girlfriend of 5 years, Nicole Escobar.  He will always be remembered and loved by all his family and friends.

Visiting hours will be held at the Edward V. Sullivan Funeral Home, 43 Winn St., Burlington on Thursday, June 17 from 5-8 p.m. Funeral services will be held at the Sullivan Funeral Home on Friday, June 18 at 10 a.m. Services will conclude with an interment in the Holy Cross Mausoleum, Malden. Memorials in David’s name may be made to the American Diabetes Association, P.O. Box 7023
Merrifield, Virginia 22116-7023  or www.diabetes.org. For directions obituary online guestbook and video tribute see www.sullivanfuneralhome.net