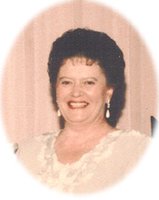 Maureen M. McCarron passed away unexpectedly at her home in Burlington on Tuesday morning, February 28, 2006. She was 60 years old. Maureen was born in Arlington. She was the daughter of Irish Immigrants the late Patrick and Eileen Tuohey. She was raised and educated in Lexington and was a graduate of Lexington High School. She lived in Stoneham for 20 years before settling in Burlington where she had resided with her close friend Carole Powers for the last seven years. Maureen was employed as a Home Health Care Aid for Minute Woman, Inc., in Lexington. Maureen had a great love for life. She treasured the many occasions and holidays she spent with her children, grandchildren, and friends. She was very proud of her Irish Heritage. She was a member of the Irish American Club. She also enjoyed both singing and listening to Irish Music as well as Karaoke. Maureen loved Cape Cod and always looked forward to her trips to the Cape. Maureen is the mother of John Spencer & his wife Jane of Wilmington, Michael Spencer & his wife Deborah of Billerica, Ronald Smith of Stoneham, and Kimberly & her husband Michael Wing of Stoneham. She is the sister of Eileen Spencer of Hubbardston, and the late Francis McCarron and James McCarron. She is the grandmother of Daniel, Dean and Jack. She is the dear friend of Carole Powers of Burlington. She is the daughter-in-law of Helen Smith of Lexington. She is also survived by many nieces and nephews. Funeral from the Edward V. Sullivan Funeral Home, 43 Winn St., BURLINGTON (Exit 34 off Rt. 128, Woburn side) on Saturday, March 4 at 9 a.m. Followed by a Mass of Christian Burial in St. Margaret’s Church, 111 Winn St., Burlington at 10 a.m. Visiting hours Friday 4-8 p.m. Interment will be private. Memorials in Maureen’s name may be made to Hospice Care, Inc., 41 Montvale Ave. Stoneham, MA 02180.