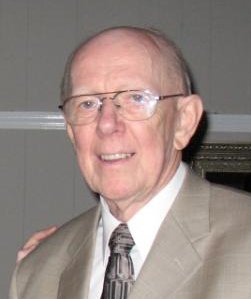 Richard Joseph Condon, a retired Supervisor at Polaroid, passed away peacefully at his home on Friday night, January 25, 2019.  He was 86 years old. Richard was born in Cambridge, MA.  He was one of 5 children born to David and Mary Condon.  He grew up in the Central Square section of Cambridge.  He enlisted in the Army on January 5, 1953.  After his military training, he was assigned to Company E of the  3RD Infantry stationed at Fort McNair in Washington D.C.  He held the rank of Corporal and was part of the military honor guard used at many of the ceremonies and events in and around Washington D.C.  It wasn’t the combat assignment he had expected, but he did get to meet numerous foreign dignitaries, high ranking politicians and military leaders, and President Dwight Eisenhower.  He was the recipient of the National Defense Service Medal and the Good Conduct Medal.

Richard went to work at Polaroid in 1951 as a stock clerk. To open more opportunities at work, he went to school nights to earn his BS Degree from Northeastern.  Over the next 44 years he worked his way up the ladder until his retirement when he was a General Supervisor.  Polaroid was a second family to Richard.  He participated in the Polaroid softball team and golf league, played tennis with his coworkers, socialized, and really enjoyed the work environment during his years with the company.  He was a member of the Polaroid Retirees Association.  The best thing that happened to him at Polaroid was meeting his future wife, Ann Higgins at a Polaroid dance.

Richard married Ann in 1957 and they settled in Burlington in 1962 to raise their 2 sons.  He enjoyed working around his home doing routine maintenance, building decks, and coordinating several renovation projects and additions.  He loved being active and was often greeted at the driveway by his sons with his baseball glove in their hands anxious to throw the ball around with him.  He coached their Little League baseball team, The Braves, and was on the sidelines and stands to encourage them in their high school sports.  He enjoyed family summer vacations on the beaches of Cape Cod for many years.  He believed in staying fit and along with softball and tennis, he regularly cycled.  He loved being a part of his grandchildren’s lives and was so excited to recently become a great grandfather.  He will be remembered by his family and friends as a hardworking, independent, caring, thoughtful, and loving man who always placed his family needs and wellbeing above his own.

Richard was the beloved husband of 62 years of Ann M. (Higgins) Condon.  He was the loving father of Richard J., Condon, Jr. & his wife Karen of Manchester, NH and Steven Condon & his wife Kristen of Hudson, NH. He was the brother of David of Shrewsbury, Raymond of Waltham, the late Edith Stevens and late Marie Fitzgerald. He was the proud grandfather of Kaitlyn, Racheal, Sarah, Jared and Grace Condon and great grandfather of Eli Condon.

A visitation will be held at the Edward V. Sullivan Funeral Home, 43 Winn St., Burlington (exit 34 off Rt. 128/95, Woburn side) on Wednesday Jan. 30 from 4-8 p.m. Funeral from the Sullivan Funeral Home, on Thursday, Jan. 31 at 9 a.m. Followed by a Mass of Christian Burial at St. Malachy Church, 99 Bedford St., Burlington at 10 a.m. Services will conclude with a burial in Pine Haven Cemetery, Burlington. Memorials in Richard’s name may be made to the American Cancer Society, 3 Speen St., Framingham, MA 01701 or www.caner.org.  For directions, obituary & online guestbook see www.saint-malachy.org or www.sullivanfuneralhome.net