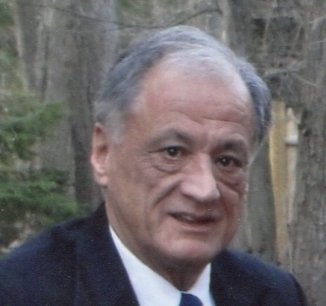 Wendell F. Yee, a retired Property Manager, passed away unexpectedly at the Lahey Hospital & Medical Center on Sunday morning, January 20, 2019. The beloved husband of Brenda (Don) he was 77 years old.

Wendell was born in Boston. He was one of eight children born to the late George and Marie Yee.  Wendell was raised and educated in the Chinatown section of Boston.  He would meet his future wife Brenda Don on a blind date and they married on April 4, 1970.  They raised their daughter Licia in Watertown and in recent years lived in Burlington and Billerica.

Wendell had a successful career in Real Estate and Property Management.  From 1978 – 2008 he worked for Corcoran Mullens Jennison Management Company.  He started as a Property Manager for a 441 mixed income property and then Wendell proceeded to rise through the ranks of the organization.  In 1986 he was promoted to Regional Manager, in 1991 Vice President and then in 1993 President.   After Corcoran Mullens merged with Hope VI Properties in 2000 Wendell became the President of the newly formed company called BCJ Management until his retirement in 2008.    Not one to sit idle Wendell took on an additional role in Property Management Industry working for Federal Management.

Wendell’s wife and daughter meant the world to him. They enjoyed yearly vacations to Disney in Orlando, a tradition they continued as their family grew with the marriage of his daughter Licia to Chris Jennings and the birth of his three grandchildren Cole, Nolan and Brooke.  He was the best dad and doted on his daughter Licia and was very protective of her.  He had a very close relationship with his son-in-law Chris and would bring a cup of Dunkin Donuts coffee to Chris every morning and also help take his grandchildren to school.    Wendell’s greatest gift to his grandchildren was being their grandfather.  He never missed any of their sporting events and was their biggest cheerleader.  Wendell spent his final day on this earth doing what he loved to do being with his wife Brenda, his daughter Licia and his son-in-law Chris cheering his grandchildren on in their basketball and hockey games.

Wendell was the beloved husband of Brenda (Don).  He was the loving father of Licia Jennings & her husband Chris of Burlington.  Proud grandfather of Cole, Nolan and Brooke.  Brother of Susan Woo, Nancy Wong both of Randolph, Linda Yee of Weymouth, Virginia Lamie of UT and the late Ronald, Kenneth & Donald Yee.  Funeral Services were private.

Share Your Memory of
Wendell
Upload Your Memory View All Memories
Be the first to upload a memory!