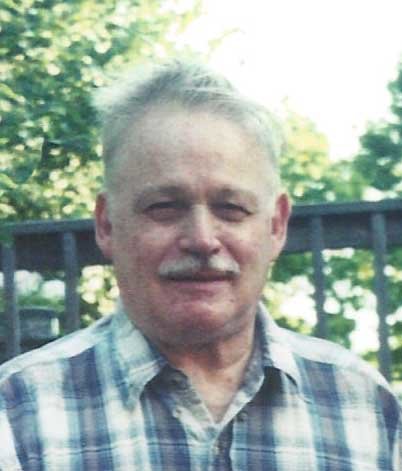 Rea “Buddy” Kendig, Jr., a retired Accountant, passed away after a long illness at his home with his family at his bedside on Saturday night, March 16, 2019. He was 88 years old. Buddy was born in Chester, Pennsylvania, the son of Rea S. and Eleanor Kendig.  He grew up in Newton, MA and was a graduate of Newton High School.  He furthered his education at Bentley College where he earned his Bachelor of Science Degree in Accounting.  He went to work as an auditor in an accounting firm, where he traveled all over the country performing audits.  He eventually became a Certified Public Accountant.  He took a position of Assistant Treasurer with General Investments in Boston. He spent most of his career working in Boston with General Investments.  He had his routine.  He took the bus from Burlington to Boston every day.  He walked the remainder the way to his office appreciating all the hustle and bustle of the city, browsing at the shop windows, and stopping at his favorite used book stores.  He enjoyed his work, was a member of the American Institute of Certified Public Accountants, and retired at the age of 65.

Buddy was a man devoted to his family.  He was introduced to his future wife by her girlfriend.  A romance ensued and they were married in 1962.   Their first 10 years were spent living in an apartment in Newton.  In 1972, they purchased their forever home in Burlington where they raised their 4 children.  He was a hockey and baseball parent and even did some umpiring.  Summer vacations were spent in New Waterford in Cape Britain Island in Nova Scotia, Canada.  It was one the furthest points on the East coast.  It was where his in-laws, the Henry family, gathered to reconnect every August.  It was a sleepy fishing town, but it created lifelong memories cherished by all his family.

Buddy had simple likings and interests.  He was a huge movie buff and has been been collecting movies for decades.  He could have had his own video store in his basement if he chose to.  The only movie genre he did not collect was horror films.  The Hallmark channel was his favorite television station. He loved all types of music, from classical, country, pop, acoustic, and the blues.  He was a bit partial to female musicians like Linda Ronstadt, Kelly Clarkson, and others.  He liked new talent and if he liked their music, he had to have all their albums.  He was also an avid reader.  In his retirement years, a perfect day was spent browsing through a local used book store followed by a lunch at Bickford’s restaurant. In the last few months, his family gathered around him to care for and comfort him as his illness ebbed away at his being.

Buddy was the beloved husband of 57 years of Mary Rose “Rose” (Henry) Kendig. He was the loving father of Cynthia Mantia & her husband Robert, Rea “Bud” Stanley Kendig III, Stephanie Kendig all of Burlington and Stephen Kendig & his wife Kellie of Billerica.  He was the proud grandfather of Tyler & Ryan Kendig of Billerica, Sheena, Melissa and Ashley Mantia of Burlington, Michael Mantia & his partner Joel of San Jose, CA, Amanda Naughton & her husband Kevin "KC” of Tewksbury and Christopher Kendig & his wife Laura of Methuen.   He was also the great grandfather of Giuseppe, Giana Rose, Giovanni, and Ella Rose of Burlington, Cameron & Emma Rose of Tewksbury and Michaela Rose & Matthew of Methuen.   He was predeceased by his siblings;  Richard Kendig and Phyllis Caruso.  He was also survived by his sister-in-law, Loretta Kendig several nieces and nephews, and friends.

Visit hours will be held at the Edward V Sullivan Funeral Home, 43 Winn St., BURLINGTON (Exit 34 off Rt. 128/95 Woburn side) on Wednesday, March 20 from 4:00 – 7:30 p.m.  Concluding with Funeral Services at 7:30 p.m.  Burial will be private.  In lieu of flowers memorials in Buddy’s name may be made to St. Jude Children’s Research Hospital, 501 St. Jude Place, Memphis, TN 38105  For directions, obituary & online guestbook see www.sullivanfuneralhome.net

Share Your Memory of
Rea
Upload Your Memory View All Memories
Be the first to upload a memory!