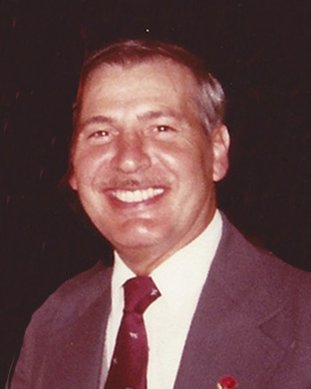 Richard William “Dick” Elliott, a man devoted to his family and his church, passed away at his home with his family by his side on Monday, March 25, 2019.  He was the beloved husband of Theresa “Tess” (Raftery).

Dick was born in Lynn.  He was the son of the late Richard and M. Emily Elliott.    Dick grew up in Lynn but during high school his family moved to North Conway, New Hampshire and he graduated from Kennett High School.   He went on to obtain his Bachelor’s Degree from the University of New Hampshire.  He went on to further his education attending both Cornell University and Boston College and received his Master’s Degree in Education from the University of Hartford.

Dick was a veteran of the Korean War.   He achieved the rank of Sergeant First Class.   Dick received a number of awards for distinguishing himself by meritorious service in performing his duties as Tank Commander in an exemplary manner.  Dick was the recipient of the Korean Service Medal w/1 Bronze Service Star, Bronze Star Medal, United National Service Medal and the National Defense Service Medal.  After the service Dick would meet Theresa Raftery.  They married on September 14, 1957.  Dick and Tess lived in Connecticut and New Jersey before moving to Burlington where they lived for the last 52 years and raised their three daughters.

Dick had a long and fulfilled career for over 40 years as a Science Teacher at McCall Jr. High in Winchester. He had a deep impact on his students and was respected by all.  Dick was highly involved in the school system.  He was the Audio-Visual Director, coached lacrosse and football,  and with his love of Music he was the Choir Director.  Music was an important part of Dick’s life.  He was always singing around the house and played the guitar, piano and upright bass.

Dick was a longtime member of St. Margaret’s Church in Burlington.  His Catholic faith was an important part of his life.  Dick was an integral part of Saint Margaret’s church throughout the years as a member of the choir, a Knight of Columbus, a Eucharistic Minister, a religious education Teacher and Director.  Dick was looked upon as a leader and was instrumental in many of the improvements in the church throughout the years.

Dick was an exceptional dad to his three daughters.  When the girls were growing up he would give each of his girls a date night with “dad”.  He always made Pam, Jill and Kelly feel like they were the most special daughter and they, in turn, revered him.  Dick was the type of person that would do anything for anyone – and did just that. He was the “go to” person on Boulder Drive; which was a wonderful neighborhood to raise a family.   He left smiles wherever he went. Whether it was in check-out line at Market Basket, or a ticket taker at the Sox game, you'd always have to wait for him because he had a story, joke, and a reason for that person to smile and laugh.

Dick led an active life.  He was physically fit and prior to his illness would go to the gym three times a week.  He loved to fish and belonged to a golf, tennis and bowling league.  As a geologist, he would collect rocks and would have his girls name each one.

Dick and Tess had a wonderful marriage.  They were role models for their three daughters leading by example as they showed them the values of marriage, family and faith.   During their retirement years Dick and Tess would spend weeks on the west coast of Florida.

Dick was the beloved husband of   Theresa “Tess” (Raftery).  He was the loving father of Pamela Elliott Smith & her husband Martin Smith of Louden, NH, Jill Casey & her husband Mark of Hampstead, NH and Kelly Giaquinto & her husband James of Bedford.    Proud grandfather of Dr. Jillian Ilsley & her husband Shawn, Leslie Boloian & her husband John, Anna Winiarz & her husband Kris, Rick Casey & his fiancé Caitlyn Whearty, and John & Julia Giaquinto.  Great grandfather of Lauren, Nicholas, Narineh & Jack.     Brother to James Elliott & his wife Jackie of ME and the late Edward and Robert Elliott.  Brother-in-law to Edna Elliott of TX, Marilyn Elliott of NH, Anna Loughlin of Peabody, Thomas Raftery of Peabody & Pat Raftery of Lynn.   Dick is also survived by many nieces and nephews.  Visiting hours will be held at the Edward V Sullivan Funeral Home, 43 Winn St., BURLINGTON (Exit 34 off Rt. 128/95 Woburn side) on Thursday, March 28 from 4-8 p.m.  Funeral from the Funeral Home on Friday, March 29 at 9 a.m.  Followed by a Mass of Christian Burial in St. Margaret’s Church, 111 Winn St., Burlington at 10 a.m.  Burial to follow in Pine Haven Cemetery, Burlington.  Memorials in Dick’s name may be made to St. Jude’s Children’s Research Hospital, 501 St. Jude Place, Memphis, TN 38105  www.stjude.org