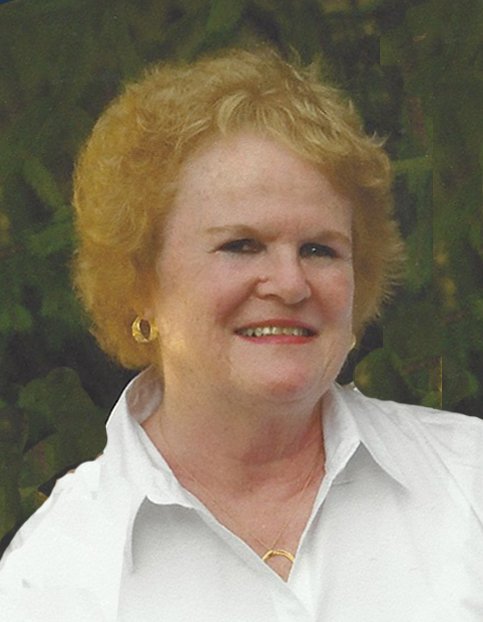 Sherry E. (Hopping) Christopher, passed away at the Bridges by EPOCH in Andover on Friday morning, April 5, 2018.  The beloved wife of the late Gary T. Christopher, who passed away in 2018, she was 78 years old.

Sherry was born and raised in Bronxville, New York. She was one of two daughters born to the late David and Emma Hopping.  After high school Sherry went on to receive her bachelor’s degree.    She married Gary Christopher on September 26, 1965.  They lived in New York when they were first married.  Gary’s company transferred him to Massachusetts, and they settled on Drake Road in Burlington in 1968 where they would raise their two sons.   She was a loving and supportive wife and mother who always put the needs of her family first.

Sherry and Gary eventually opened their own company, Amory Gardens Realty.  They worked side by side with Sherry doing the support work in the office.    After their retirement they were proud to see their son Garrett take over the family business, and like themselves, work alongside his wife Jessica.

Sherry and Gary had a wonderful life together.  They traveled extensively throughout the United States and Europe. They had homes in Fort Lauderdale Florida and Gilford, New Hampshire where they enjoyed vacationing as a family.    They moved to Brookline in 1994 to be closer to the family business.  Sherry loved living in the City and being close to Boston.   She took full advantage of all the culture and history in and around the city and shared it with her son, daughter-in-law and grandchildren.   Wednesday’s were her day to spend with her grandchildren Jocelyn, Allie and Garrett. She would pick them up from school at Noon and take adventures throughout Boston.  They would take trips on the swan boats, duck boat tours, skating on frog pond and plays.    Her grandchildren brought her great joy and pride.  Sherry was blessed to attend the wedding last year of her oldest grandchild Jocelyn and the joy of holding her first great grandchild, Aceson, in her arms.

Sherry will be remembered for her loyalty, devotion and the unconditional love she bestowed upon her family and friends.    Sherry is the beloved wife of the late Gary T. Christopher.    Loving mother of Garrett T. Christopher & his wife Jessica of Tewksbury and the late Thomas Christopher.  Proud grandmother of Jocelyn Morrow-Anderson & her husband Nigel, Allie Christopher & Garrett Christopher.    Great grandmother of Aceson.  Sister of Heather Lee Campbell of Michigan.   Sherry is also survived by many nieces and nephews.  Visiting hours will be held at the Edward V Sullivan Funeral Home, 43 Winn St. Burlington (Exit 34 off Rt. 128/95 Woburn side) on Friday, April 12th from 10:30 a.m. to 12:30 p.m. Followed by funeral services at the Funeral Home at 12:30 p.m. Relatives and friends are respectfully invited. The burial will follow in Chestnut Hill Cemetery, Burlington. In lieu of flowers, memorials in Sherry’s name may be made to the Thomas D Christopher Scholarship Fund, Office of Development, Stonehill College, 320 Washington St., Easton, MA 02357.

Share Your Memory of
Sherry
Upload Your Memory View All Memories
Be the first to upload a memory!