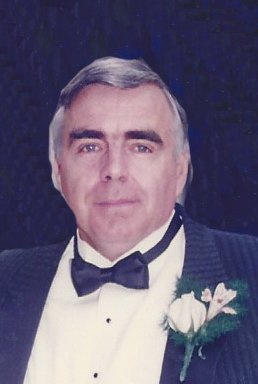 Raymond W. Heimlich, a lifelong resident of Woburn and President of Heimlich Landscaping and Construction Corporation passed away unexpectedly on Saturday morning, April 6, 2019.  He was 76 years old.  Ray was born in Woburn, the son of the late Alexander and Meta Heimlich.  He grew up in Woburn and was a 1960 graduate of Woburn High School.  His father purchased a large piece of property in Woburn in the 1930’s and ran Heimlich Nursery.  It was a family business, so growing up, Ray and his brothers worked at the Nursery learning all there was about horticulture, running a business, maintaining equipment, and how to earn the respect and trust of your customers.  In 1985, Ray and his wife, Linda, founded Heimlich Landscaping and Construction Corporation.  Their kitchen was their office, they had 4 employees and 6 pieces of equipment.  They provided residential and commercial landscape services all over Eastern Massachusetts.  Ray was “Old School” when it came to running his business.  He was a man of his word, a handshake was as good as a contract, and treated his customers as if they were lifelong friends.  If he was doing a project, it was going to be done right because his good name and reputation was most important to him.  As his business grew, he was not bashful about taking on larger and more diverse projects including stonework, road construction, and building parks and sporting complexes. Together with his sons Todd and Mark, his business grew to take on larger projects, building synthetic fields, tracks, and stadiums all over New England. He even went as far as building an airfield in Rhode Island. He also expanded his business as partner in Landscapes, Inc. with his son Scott in Belmont NH. Passing on his knowledge and working with his sons was one of his proudest achievements. He grew his business to over 100 pieces of equipment, 30 full time employees, and was so proud to have his sons learn from him and now continue the business for future generations.

Ray was simply a likeable guy, who cared about friends, family, and the City of Woburn.  He was a longtime member of the Kiwanis Club in Woburn and was heavily involved in the development of the Kiwanis Park in North Woburn.  He was a member of the Horticulture Club of Boston.  He was a longtime judge at the Topsfield Fair and at the New England Flower Show.  He also created lavish exhibits for the New England Flower Show.  He was always willing to lend a helping hand or some welcome advice on how best to accomplish a project.  He offered his trucks for events and parades.  Ray was proud to say that “Woburn” was his home.

Ray has always had a fun side to him.  He loved toys and anything that had a motor in it.  He always drove his truck, but on the side he had all sorts of toys.  He had a T-Bucket and Corvette when he was in his 20’s.  He rebuilt and collected cars.  Some of his favorite cars were his 1970 Chevrolet Impala Convertible, Chevrolet SSR, 1932 Ford Roadster, and his “Boss Hoss” motorcycle.  Lake Winnipesaukee was a special place for Ray and his family.  Summer vacations were always spent at the lake.  He purchased a lake side property in Laconia in 1986 and it has been the Heimlich summer gathering spot ever since. He called it his “Hidden Jewel” and always remained his favorite place. He had all the toys at the lake as well. Snowmobiles for the winter and boats for the summer.  He never wanted the traditional boat.  He needed boats with racing engines.  His larger boat, “the Heimlich Maneuver” was a 38 foot BAJA performance boat and his smaller boat, a 21 foot Howard Jet Boat, had a 454 engine that shot out a 100 foot rooster tail as it raced across the water.  That was just Ray’s style “do it big.”

One of the things that made Ray happiest was his cherished fur baby, “Heidi”. You could find her as his co-pilot as Ray made his many rides in the “The Avalanche”

A visitation will be held at the Edward V. Sullivan Funeral Home, 43 Winn St., Burlington (exit 34 off Rt. 128/95, Woburn side) on Wednesday, April 10 from 4-8 p.m. Funeral services will be held at the Sullivan Funeral Home on Thursday, April 11 at 10 a.m. Services will conclude with a burial in Woodbrook Cemetery, Woburn. Memorials in Ray’s name may be made to St. Jude Children’s Research Hospital, 501 St Jude Place, Memphis, TN 38105 or www.stjude.org. For directions obituary & online guestbook see www.sullivanfuneralhome.net

Share Your Memory of
Raymond
Upload Your Memory View All Memories
Be the first to upload a memory!