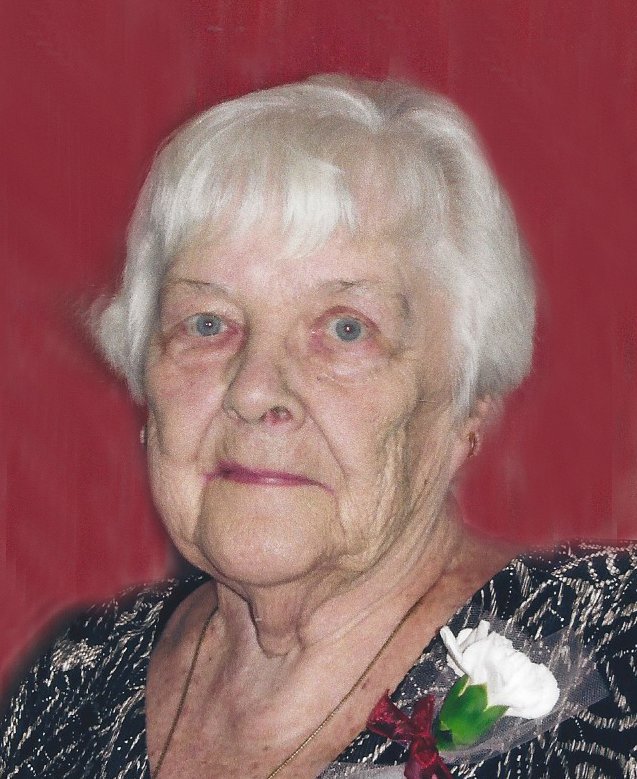 Obituary of Mary B. Locke

Mary B. (Begly) Locke, passed away at the Concord Hospital on Wednesday, April 10, 2019. The beloved wife of the late Herbert G. Locke, she was 89 years old.

Mary was born in Pittsburg, PA. She was one of two daughters born to the late John and Mary Begly.  Mary was raised in Pennsylvania until her mid-teens when her dad’s job brought the family to Massachusetts and they moved to Medford.  She would meet her future husband Herbert G. Locke through a mutual friend. They married and eventually settled on Sunset Road in Burlington.

Mary worked briefly at Liberty Mutual before her marriage but her primary role in life was that of wife and mother.   The beach, the ocean and a good cup of “tea” where a few of Mary’s favorite things.  As a family they enjoyed camping and took trips to Virginia and Pennsylvania to visit family.    During their retirement years Mary and Herbert always looked forward to the annual trip to Eastover in Lenox.

After selling her home on Sunset Road, Mary moved into Birchcrest Senior Apartments.  Mary loved living there and told her daughter Karen that she wished she had made the move to Birchcrest sooner.  She made many friendships there and enjoyed playing cards, domino’s and participated in many of the activities at Birchcrest.    Mary even attended the “Senior Prom” last year.    Mary’s proudest accomplishment in her life was her family.  She was so proud of her 8 grandchildren and her 10 great grandchildren brought immense joy to her life.

Mary was the beloved wife of the late Herbert G.  Loving mother of James & his wife Maryann of Pelham, NH, Karen Tigges & her husband Robert of Concord and the late Donna Adams & her late husband Robert Adams.  Mary is also survived by 8 grandchildren and 10 great grandchildren.   Sister of the late Rose Begly.  Funeral Services will be held at the Edward V Sullivan Funeral Home, 43 Winn St., BURLINGTON (Exit 34 off Rt. 128/95 Woburn side) on Saturday, April 13 at 10:30 a.m.  A visitation will be held prior to the service from 9:30 a.m. – 10:30 a.m.  Relatives and friends respectfully invited to attend