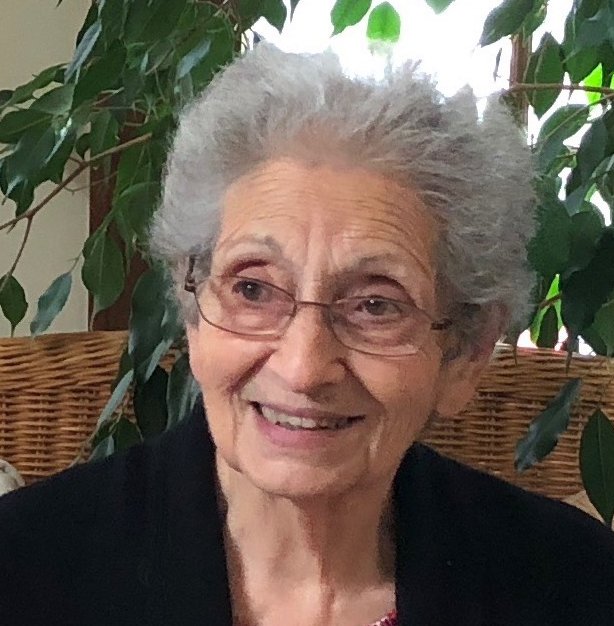 Mary L. Leccese, a selfless woman who was devoted to her family and friends passed away peacefully at her home on Wednesday, April 10, 2019 at the age of 93. Mary was born in Belmont.  Her parents, Maria and Augustino “James” Ruggeri, were Italian immigrants who settled in Belmont to start their new life in America and to raise their family on Walnut Street. She learned from a very early age the importance of family and keeping the family bond strong.  Mary and her brothers took that very seriously by purchasing homes and remaining on Walnut Street to be close to family. They loved each other’s company and wanted their children to be close and enjoy their extended family. All five siblings built  vacation homes on Arboretum Road  in Manomet, MA.  There were block parties, holidays, celebrations, vacations, endless summer days spent on White Horse Beach, and of course Sunday dinners.  Mary was a loving and supportive wife to her late husband Salvatore for 46 years.   They celebrated their retirement by driving cross country which was his lifelong dream. Eventually settling in Bow,  New Hampshire building their dream home.  After Sal’s sudden passing in 1996, Mary chose to move to Woburn.  She welcomed her sons-in-law whom she treated as sons into her family.  She was proud of all her grandchildren and great grandchildren.  She was ever present in their lives. She never missed a school or sporting event that involved her grandchildren and great-grandchildren.  Numerous family vacations and girls’ week-ends with her daughters brought her joy.  Many trips to Disneyworld with her grandchildren and in later years her great grand-children were some of her fondest memories.  Her house was always meticulously kept clean earning her the nickname Cinderella.  Her spirit will live on in her daughters, sons-in-laws, grandchildren, great grandchildren,   godchildren and all her nieces and nephews.

Mary was the beloved wife of the late Salvatore Leccese. She was the loving mother of Karen Vinson & her husband, Richard, of Auburn, NH, Paula Rowley & her husband, Paul, of S. Windsor, CT, and Joanie Scholl & her husband, Erick, of Woburn. She was the beloved sister of Salvatore Ruggeri of Belmont, the late Domenic, Guy, and Joseph Ruggeri. She was the proud grandmother of Christine Brown, Steven Vinson, Jennifer Kaczkowski, Laura Rosen, Maria and Kayla Scholl and great grandmother of Aiden, Beckett, & Caroline Brown, Hailey Rosen and Drew Kaczkowski.  A Visitation will be held at the Edward V. Sullivan Funeral Home, 43 Winn St., Burlington (exit 34 off Rt. 128/95, Woburn side) on Monday, April 22 from 10:30 to 11:30 a.m. Followed by a Mass of Christian Burial at St. Barbara Church, 138 Cambridge Rd, Woburn at Noon.  The burial will be private. Memorials in Mary’s name may be made to Children’s Hemiplegia and Stroke Foundation (CHASA) 4101 W. Green Oaks, Suite 305-149, Arlington, TX 76016 or www.chasa.org  or The Special Olympics New Hampshire, 650 Elm St., Manchester, NH 03101-2508 and write “AHC Angels” on memo line or www.sonh.org. For directions obituary & online guestbook see www.woburncatholic.org or www.sullivanfuneralhome.net