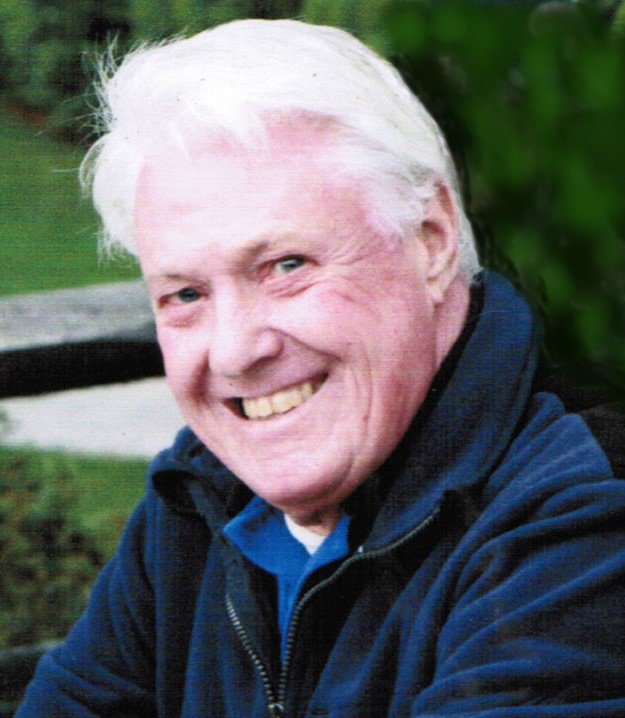 David George Ahern, a well-respected chemist, passed away after a brief illness at Emerson Hospital in Concord. He was 82 years old and the beloved husband of Jennie (Gaum), loving father of George & his wife Jessie of East Falmouth and proud grandfather of Ella & Leia.

David was born in Winchester.  He was the son of the late George and Mary Ahern and was raised in Stoneham.  He graduated from Malden Catholic High School and then went on to further his education at Merrimack College and Boston University receiving his B.S. and Ph.D. degrees.    He worked at NEN/DuPont where he met his future wife Jennie Gaum who was also a chemist.  They married and lived in Melrose before finally settling in Lexington with their son George.

David had a long and distinguished career as a chemist. He was a Senior Research Associate at NEN/DuPont and then a Senior Fellow at Perkin Elmer.    He worked on many successful projects and assisted in the development of patents. David had many interests. Golfing was his number one passion. He was a regular at Stone Meadow Golf Course in Lexington. David had many friendships at the club, and he was affectionately known as the “Assistant Pro”.  He also enjoyed fishing around the smaller ponds in the area, such as Walden Pond. He shared his passion for golf and fishing with his son, George and they enjoyed many memorable times together. David and Jennie enjoyed their retirement years. They had a home in East Falmouth where they enjoyed spending their summers and they spent their winters in Naples, Florida.

His son, George was his pride and joy. He was so happy to see George and his wife, Jessie got married and settled in the family homestead in East Falmouth. His two granddaughters, Ella and Leia brought immense joy to his life.

David was the beloved husband of Jennie (Gaum), loving father of George & his wife Jessie of East Falmouth and proud grandfather of Ella & Leia.  Visiting hours will be held at the Edward V. Sullivan Funeral Home, 43 Winn St., Burlington (Exit 34 off Rt. 128/95 Woburn side) on Friday, May 24 from 5-8 p.m.  Relatives & friends are respectfully invited to attend. Funeral Services and burial will be private.  In lieu of flowers, memorials in David’s name may be made to Alzheimer’s Association MA Chapter, 309 Waverley Oaks Road, Waltham, MA 02452.  For directions, obituary & online guestbook see www.sullivanfuneralhome.net