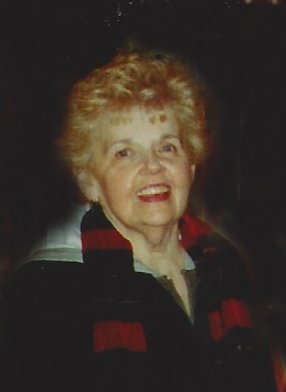 Obituary Margaret “Ruth” Harding a Woburn elementary school teacher for 35 years passed away peacefully in her home on Tuesday morning, May 28, 2019.  She was 82 years old. Margaret or as her friends called her, Ruth, was a lifelong resident of Woburn. She was one of 7 children born to Joseph and Mary Holloran.  She was a graduate of Woburn High School and then earned her Bachelor’s Degree in Education from Lesley University. She spent 35 years as a second grade teacher in the Woburn school system. Many of those years spent teaching at the Malcolm White and Reeves Elementary Schools.  After her retirement from Woburn, she tutored, was a special education teacher in Burlington, and volunteered at St. Mary’s Preschool in Winchester. She loved being a teacher, interacting with the students and parents, and seeing her students excitement when they learned something new.

Ruth was a woman devoted to her family and her faith.  She met her husband, John, at a Bruins game. They were married in 1959 and had a son and daughter.  She simply cherished the time spent with her family, whether it was day trip or vacations on the beaches of Maine, trips to Story Land, Santa’s Village, or Disneyworld, family meals, or shopping together.  As long as she was with her family, she was happy. Ruth was a woman of great faith. She was a regular at St. Margaret’s 4:30 mass when she was well. In her later years, she would watch daily mass in the morning and the Chaplet of Divine Mercy each afternoon.  Her family knew not to call or visit during those times. Even on vacation, weekend mass was never missed. When she was on vacation in Orlando, Florida, she visited the Basilica of the National Shrine of Mary, Queen of the Universe which was just a small chapel.  She was touched by the church’s mission and faithfully supported the church as it was being built and expanded. She passed with her rosaries in her hands and confident that she would see her God and her loved ones who had passed before her.

A Memorial Mass will be celebrated at St. Margaret’s Church, 111 Winn St., Burlington on Saturday, June 1 at 10 a.m. Relatives and friends are respectfully invited.  In lieu of flowers, memorials in Margaret’s name may be made to Massachusetts General Development Office, for stroke research, 125 Nashua Street, Suite 540, Boston, MA 02114. Arrangements under the direction of the Edward V. Sullivan Funeral Home. For directions obituary & online guestbook see www.stmargaretburlington.org or www.sullivanfuneralhome.net.