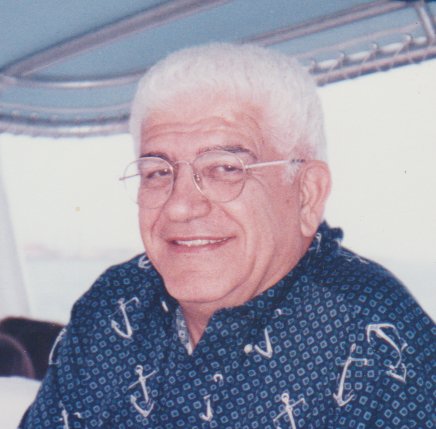 Demetrios V. Petras, retired Transportation Manager for Jordan Marsh, passed away peacefully at his home with his family at his bedside on Saturday night, June 8, 2019.  He was 88 years old. Demetrios was born in Athens, Greece.  He served in the Greek Army for 2 years. He immigrated to the United States at the age of 26 in 1956.  He met his future wife, Helen Theophile, through a relative. He said she was the one he was going to marry on the their first meeting and six months later they were husband and wife.  He worked for the Jordan Marsh Company for over 30 years.  He started sweeping the floors and through hard work and determination he climbed the corporate ladder.  At the time of his retirement, he was the company’s transportation manager with the responsibility of overseeing over 1000 trucks, drivers, and schedules.

Demetrios was a member of the Mount Horeb Lodge of Masons in Woburn.  He was a very active member of the Annunciation of the Virgin Mary Greek Orthodox Church serving in a wide variety of roles and committees including Scout Master and Parish Council member.  He was an avid saltwater boater and fisherman.  He loved to travel all over the world as well as regularly visiting Greece to visit with his family and old friends.  He had resided in Burlington from 1963 to 1997.  His retirement years were split between winters in Naples, Florida and the remainder of the year living next door to his son, daughter-in-law, and grandchildren in Medford.

Demetrios was the beloved husband of 62 years of  Helen T. (Theophile) Petras. He was the loving father of Billy Petras and his wife Karin of Medford. He was the proud grandfather of Helena Petras of Billerica, Joanna, Paulina, and Jimmy Petras of Medford. He was the brother of Victoria Giamarellos of Greece, Necktaria Macrionites of Greece, Nicholas Petras of W. Yarmouth, the late Eleftherios Petras and Evangelos Petras. He was also survived by many nieces, nephews, and friends.

Share Your Memory of
Demetrios
Upload Your Memory View All Memories
Be the first to upload a memory!