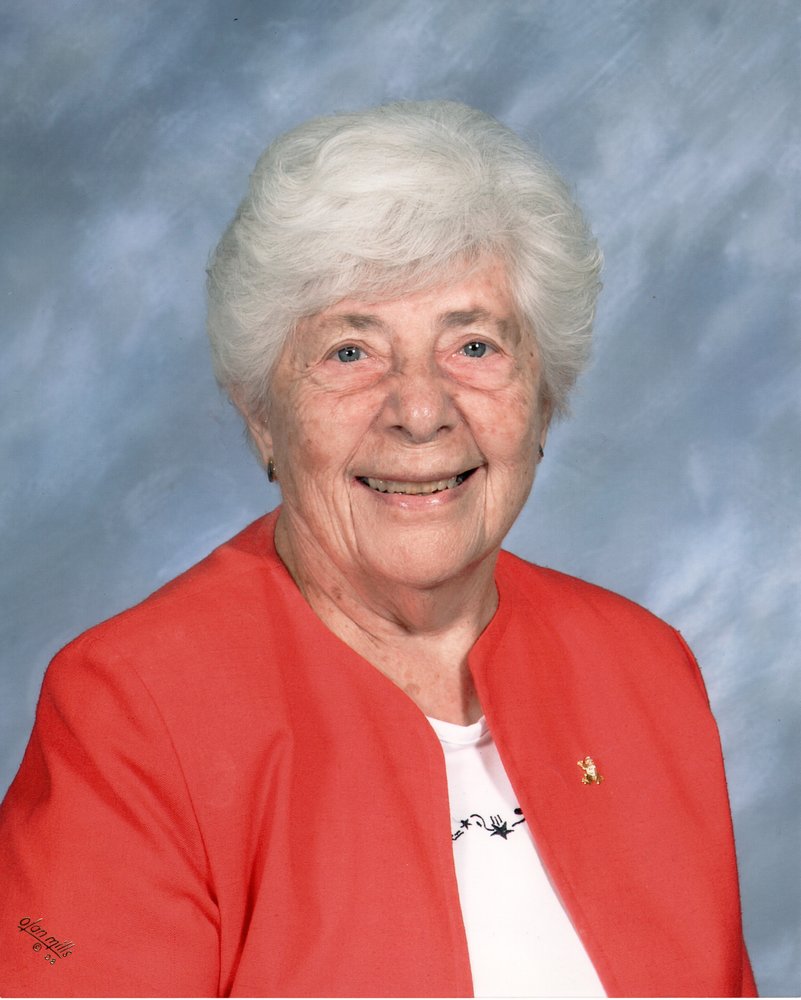 Braley-Freeman, Marion E. (Welch), daughter of Frank W. and Lillian C. (Brauer) Welch passed away on June 19,2019 in her 99 year. Born in Woburn on December 18, 1919, moved to Burlington in August of 1925. Marion attended Burlington Grammar School through grade 8 and Lexington High School from Grade 9 through grade 12, graduating 1937. She was a post-graduate at the New Burlington high School prior to attending office machine school in Boston. She worked for the NYA as Manager of The Union School Cafeteria and then The War Price & Rationing Board during WWII.  At the end of WWII, she went to work for BX-BS in Boston, where she worked for 15 years.  Toward the end of this time, she became Secretary to the Underwriter. In June of 1954, she married Loring H. Braley of Fairhaven, MA.  She retired from BX-BS in December of 1960. After a few years of retirement, she worked at various times for American Mutual Insurance, The United Church of Christ, Congregational in Burlington and the MITRE Corporation.  She also served as secretary to the Burlington Conservation Committee and the Burlington Water Commission.  In 1925, upon moving to Burlington, she was enrolled in Sunday School at the then Church of Christ, the church to which her great grandparents had belonged.  During the years, she was baptized and confirmed as a member of the church, which is now The United Church of Christ, Congregational in Burlington.  During the years she served in several boards and committees in the church, taught Sunday School, led the Young Peoples’ group and served as President of the Ladies Benevolent Society.  In this capacity she chaired many church fairs and church suppers.

Marion was predeceased by her parents, her two brothers, Francis Jr., and Phillip, her husband Loring and 2nd husband James O. Freeman of Lexington and her niece Deborah Bartonick and  nephew Charles Douglas Welch.

In the early 1950s she and several friends became involved, through the legion auxiliary in volunteering as an “Orchid Lady” at the VA Hospital in Bedford.  During her time there, she accumulated 1,000 hours as a volunteer. Marion was also President of the Legion Auxiliary. Locally she was a member of the Burlington Grange, Girl Scouts, 4-H Club member and currently is a member of The Burlington Historical Society and a Member of the Burlington Razzle Dazzle Red Hats.

Share Your Memory of
Marion
Upload Your Memory View All Memories
Be the first to upload a memory!