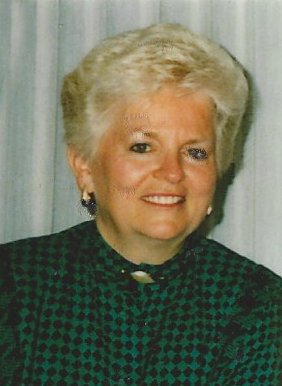 Rose M. Hanafin, who leaves a tremendous legacy of a strong faith and a loving family, passed away peacefully at her home on Sunday morning, July 7th, 2019. She was 86 years old. Rose was born in Boston. Her parents, Jeremiah and Mary McGillicuddy were Irish immigrants.

She was raised on Mission Hill in Roxbury where life centered on the Basilica of Our Mother of Perpetual Help, commonly known as The Mission Church. While attending Mission Church High School she met the love of her life, Charlie Hanafin, in 1947. They were married in Mission Church in 1954 while Charlie was serving in the Marine Corps. They moved to Burlington, MA shortly after and raised their 11 children in a modest house that remained home to the Hanafin family throughout their entire lives. Charlie worked as a banker while Rose quietly ran the home. Raising a large family may have its challenges, but Rose managed it incredibly well. She and Charlie’s mission in life was to raise a family that had its priorities in order. Devotion to the Catholic Faith, dedication to your family, and a strong work ethic were the backbone of a purposeful life. As a mother she had such an instinct and an awareness of what each of her 11 children’s unique needs were. She was always there to provide love, encouragement and support exactly when it was needed. For 63 years she was a loving and devoted wife.

She supported Charlie in his faith and in his works until his passing in October of 2017. Their love for each other never wavered. She and Charlie served as the Burlington Chapter Chairs of the Mass Citizens for Life. Their family was named MCFL family of the year multiple times.

Rose and Charlie spoke up for the unborn who had no voice with a firm belief that there will be a chorus of angels to speak up for those who remained steadfast in their defense. Rose was a beautiful woman of grace who leaves a legacy of 11 children and their spouses, 66 grandchildren, and 30 great grandchildren (and counting)…

Share Your Memory of
Rose
Upload Your Memory View All Memories
Be the first to upload a memory!