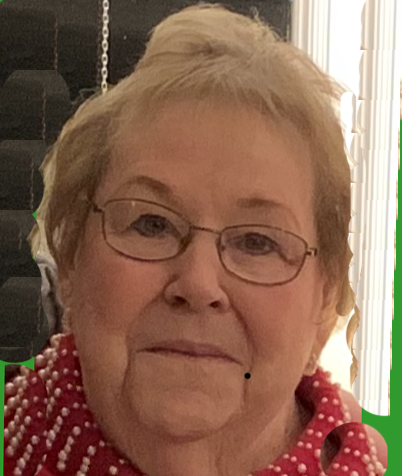 Janet Mary Fairweather, a retired manager at Northeastern University, passed away peacefully after a short illness on Friday afternoon, July 12, 2019.  She was 78 years old. Janet was born in Medford. She was one of 3 children born to Irish immigrants, Michael and Celia Treacy. She grew up in Arlington and was a graduate of Arlington High School and later Northeastern University.  She worked for almost 30 years as a manager of Northeastern’ s Book Store on their Boston and Burlington Campuses. It was while she was working that she first met her future husband William Fairweather. Their first date was dinner at the Everglades restaurant in Billerica.  The romance blossomed and the couple were married in February 1968. The newlyweds purchased a home in Burlington and raised their 3 children in the community.

Mousam Lake in Maine was a very special place for Janet and her family.  She and Bill purchased a hunting shack on the lake and over many years they slowly made the shack into a home complete with plenty of bedrooms for family and friends.   Jan loved to entertain family and friends at their lake home. It was the summer gathering place for her family and friends. She hosted her family, Burlington friends, and lake friends on the deck overlooking the water.  She always had a signature drink for each summer, great meals, fun activities, and great conversation. Her children and now her grandchildren would spend much of the summer up in Maine deepening the strong family bond that was so important to Janet.  Despite having a Lake House, she wasn’t much for the water, but was very happy soaking up all the fun, laughter, love, and memories shared as a family.

Janet’s life revolved around her family.  She and Bill traveled extensively over the years.  They vacationed in Alaska, across the United States, Caribbean, Ireland, and Europe.  Some vacations were more memorable than others. Bill was a big hunter and Janet agreed to go with him and good friends, Mike and Nancy Conners on an African Safari.  They slept in tents, had to watch out for tarantula’s, and had lions roaming around their tents during the night. After that trip, a bed and air conditioning were a must when discussing a potential trip.  She was always there for her children. When they were young she protected them, in school she encouraged them in all their education and sports, and when they married and had children she was always available for parenting advice or babysitting.  Her grandchildren were everything to her. She loved being apart of their life’s, watching them grow up, play hockey, and have fun. They will remember her infectious laugh, enormous hugs, and all the love she shared with them. She has created lasting memories with her family and friends that will continue to live on in their hearts and minds.  She will be deeply missed, but will never be forgotten for a part of her lives on in each one of those she loved.

Janet was the beloved wife of 51 years of William E. Fairweather. She was the loving mother of Glenn Fairweather of Milford, Treacy Janis & her husband Dana of Burlington, and William Fairweather & his wife Julie of Wakefield. She was predeceased by her siblings; Thomas Treacy and Anne Crane. She was the proud grandmother of Trevor and Brendan Janis, Abigail, Jack, Grace, Shannon, William, & Daniel Fairweather.

A visitation will be held at the Edward V. Sullivan Funeral Home, 43 Winn St., Burlington (exit 34 off Rt. 128/95, Woburn side) on Wednesday, July 17 from 4-8 p.m. Funeral from the Sullivan Funeral Home on Thursday, July 18 at 9 a.m. Followed by a Mass of Christian Burial in St. Margaret Church, 111 Winn St., Burlington  at 10 a.m. The burial will be private. Memorials in Janet’s name may be made to St. Jude’s Research Hospital, 501 St. Jude Place, Memphis, TN 38105 or www.stjude.org. For directions obituary & online guestbook see www.stmargaretburlington.org or www.sullivanfuneralhome.net

Share Your Memory of
Janet
Upload Your Memory View All Memories
Be the first to upload a memory!