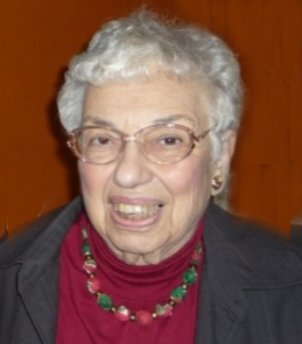 Anne was born, raised and educated in Somerville.  She was the daughter of Greek Immigrants, the late George and Marion Jahares.   Anne’s parents immigrated to the United States with the Kacamburas family.  Not knowing anyone else in the states, these two families became one family.  The Kacamburas children and Anne became just as close as brothers and sisters.  They were always there for each other throughout the years.  They spent all their holidays together and celebrated all the monumental events in their lives together.  Anne became Godmother to two of their children, Karen and Kevin.  She was also Aunt and Great Aunt to many nieces and nephews.

Anne had a long career working as an Administrative Assistant. She worked at both Arthur D. Little and Robert Frost Advertising Agency in Boston.   Anne enjoyed traveling with friends and had visited many destinations such as England, Greece, Hawaii, Italy, Florida and Canada.

Funeral Services will be held at the Annunciation of The Virgin Mary Greek Orthodox Church, 70 Montvale Ave., Woburn on Tuesday July 30 at 10 a.m.  Relatives and friends respectfully invited to attend.  Services will conclude with burial at Oak Grove Cemetery in Medford.  For directions see www.annunciationwoburn.com

Anne was a very devoted daughter to her parents who immigrated from Greece. They started a life in America not knowing the language and without any family, except an uncle in Chicago.

Anne quickly became part of the Kacamburas family.  She grew up in Somerville, graduated from Somerville high school and began her career in advertising. She later bought a house in Arlington and began a successful career at Arthur D. Little before retiring.

Anne enjoyed going to estate sales and yard sales.  There wasn't a gadget she didn't have! Her Toyota Camry was her "baby." She loved getting in her car and driving to explore different areas.  Anne had a passion for travel and treasured the memories made along the way.  She loved flowers and gardening. Anne loved to challenge Kay and Irene to Scrabble. Anne preferred going out to eat than cooking and looked forward to her annual Kacamburas New Year's Chinese dinner. Oh, and not only did Anne always have a plan, but a back-up and a back-up to the back-up!

Anne was a wonderful Noona to Karen and Kevin. She was a loving, compassionate, generous Godmother.

Anne was our "adopted" sister and aunt. We all love her and will miss her.

Share Your Memory of
Anne
Upload Your Memory View All Memories
Be the first to upload a memory!