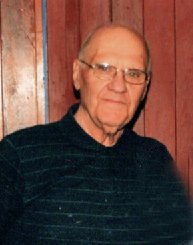 Alfred J. Manzo, of 25 Sunset Drive died peacefully in his sleep on August 9th.  Alfred was born April 26th 1926 to Italian immigrant Carmina Manzo and her husband Joseph, in Somerville, Massachusetts.  He was a veteran of Second World War – serving in the U.S. Navy in the European Theater in London England.   While there he met the love of his life – Eileen Bryan, who was 19 and a member of the British Army.  My dad had just turned 18 years old when he was shipped off with his unit across the English Channel in support of operation Overlord – more commonly known as D-Day on June 6th 1944.  At the wars end in 1945 – Alfred and Eileen were married on November 21st 1945.  They would return to the United States and build a life and family together.  First settling in Medford, and then eventually achieving the American Dream with the purchase of their home in Burlington in 1956.    Remaining married and in love for the next 63 years – with the passing of Eileen in 2008.

Alfred worked at Lever Brothers, in Kendal Square, East Cambridge in the late 1940’s into the mid-1950s.  Alfred then worked for Coca Cola in Canton as part of the bottlers’ crew.  Manzo was part of the bottler’s union that formed the very first Coca Cola Bottlers Union in the company history.  Alfred was also an entrepreneur, opening an Italian-American style restaurant called The Friars – in Ball Square Somerville.  Alfred also owned and operated a diner at the Arlington Heights bus stop.  Both businesses were owned into the early 1970’s.   In 1968, at the age of 42, Alfred pursued a position in federal government, landing as a logistician at the Federal Aviation Administration (FAA) – where he would retire after 21 years of outstanding service in 1989.

Alfred was an all-star football player and avid fan.  He played at Somerville H.S. and at Northeastern University.  In the early 1950’s he played semi-pro football with the Hartford Chiefs.  Manzo drew interest from Green Bay and Philadelphia in the NFL.  The Packers offered him $500 to play a season, which was far less than his salary from his other work interests, and with children on the way he declined the Packers offer.  Manzo was a New England Patriots season ticket holder from team inception, and enjoyed attending games with his family.  He was also a ticket holder of the USFL Boston Breakers.  He also loved the Red Sox, Celtics and Bruins.

Alfred would spend his retirement years traveling the world, with Eileen, with stops in England, France, Italy, Russia, Iceland, Australia and New Zealand. Frequent ocean liner cruises on the QE-2 to London, England were a favorite.  Alfred was politically active as a life-long Democrat party activist and union supporter.

Allred was a loving father of Andrew & his wife Bebot of San Diego, CA, Alfred & his wife Martha of Santa Barbara, CA, Bruce & his wife Nancy of Burlington, Collin & his wife Tina of Tyngsborough and Russell & his wife Lisa of Billerica.  Proud grandfather of Veronica, Elena, Rebecca, Melissa, Michael & Joseph.  Graveside Services will be held at Pine Haven Cemetery, Bedford St., Burlington on Wednesday, Aug. 14 at Noon.  Relatives & friends respectfully invited to attend.  In lieu of flowers memorials in Alfred’s name may be made to The Boston Home, 2049 Dorchester Ave., Boston, MA 02124   www. thebostonhome.org

Share Your Memory of
Alfred
Upload Your Memory View All Memories
Be the first to upload a memory!