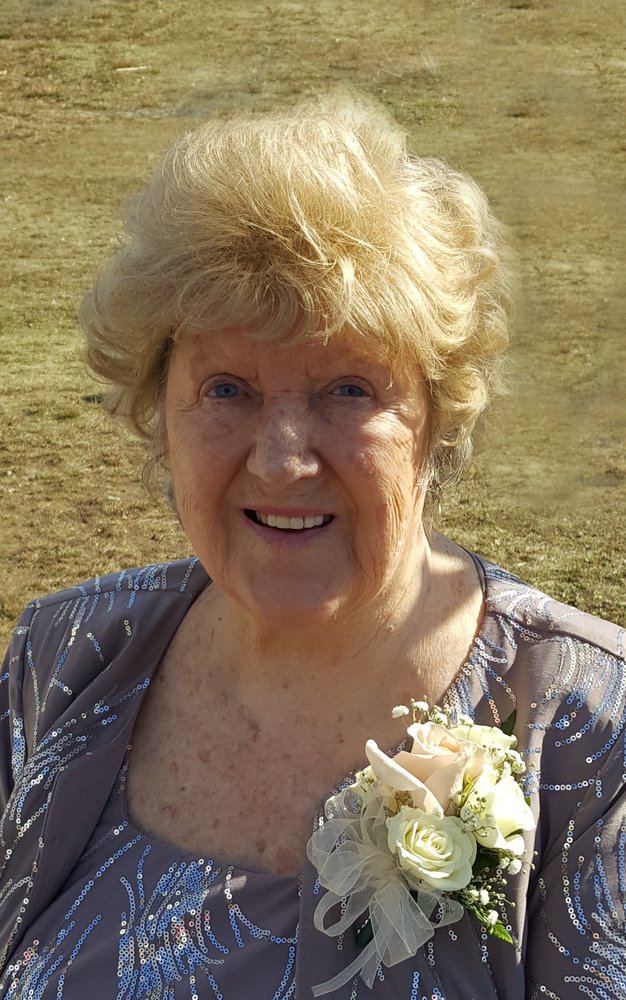 Magdalena Raber, a loving mother and grandmother, passed away on Wednesday morning, August 7, 2019.  She was 81 years old. Magdalena was born in Stassfurt, Germany in 1938.  She was the daughter of Rolf and Magdalena Raber. Her parents were well-known opera singers in Germany, until they were exiled during WWII to Czechoslovakia. As the war ended, the family resettled in West Germany, and when Magdalena was 21, she immigrated to the United States, where she married (Ralph DiTucci) and raised her children in Woburn. Magdalena’s most cherished role was as a mother - she loved to spend the day at the beach with her children, go for Sunday drives, and spend summer days at Squam Lake in NH. Family travels included trips to Disney World, and a memorable summer vacation in the Bavarian Alps.

Magdalena attended hairdressing school and worked in several salons. She then worked as a technician in the electronics industry, taking pride in her skills and working her way to a quality control management position. She was an employee at Sylvania, Raytheon, and Analogic. Always adventurous, Magdalena drove cross country with her youngest son in 1985, and moved to the Bay Area of California, where she enjoyed spending time with her older sister and her family. She ended her working career as a quality control manager for Dunlop Manufacturing, which made musical accessories. After retiring, Magdalena continued to work for a few local families, helping with childcare and managing their households.

Magdalena was a wonderful cook and enjoyed cooking German specialties. If she was hosting a party for family or friends, you could be sure there would be plenty of delicious food to go around. She loved sharing her German heritage with her children, whether cooking her favorite weinerschnitzel or goulash, or taking them to nearby German festivals.

Magdalena had her parents’ talent for singing. She had a beautiful voice and loved playing music and singing around her home.  She also had a passion for ballroom dancing. She competed for many years and was a dance instructor. After remarrying (Max Parker) in California, she spent many years with her husband traveling to ballroom dances around the country, from California to Florida, and on cruise ships that held dance-themed events. She took several cruises from Alaska to the Panama Canal. Magdalena’s love for travel also led her back to her home in Germany. However, her most memorable trips were back to Massachusetts to visit her children and their families, especially during the Christmas holidays, which was always her favorite time of the year.

Magdalena moved back to Massachusetts several years ago to spend more time with her family. She will forever be remembered as a special mom and “oma”, who lived her life with grace and style, a strong sense of independence and self reliance, and a never-ending love for her family and friends.

Magdalena was the loving mother of Torsten Michael Raber & his companion Jen Thulin of Kissimmee, FL, Sonja Ferraguto & her husband Thomas of Salisbury, Ralph DiTucci, Jr. & his wife Alyson of Dracut, and Joseph DiTucci of Tewksbury. Sister of Dagmara Castro of CA, the late Karin Jodoin of VT, Sylva Rolen of TX, and Carmen, Rolf, and Hans Hasso Raber of Germany. She is also survived by 8 grandchildren and 11 great grandchildren. A visitation will be held at the Edward V. Sullivan Funeral Home, 43 Winn St., Burlington (exit 34 off Rt. 128/95, Woburn side) on Saturday, August 17 from 11 a.m. to 1 p.m. A memorial service will begin at the funeral home at 1 p.m. Relatives and friends are respectfully invited.  Memorials in Magdalena’s name may be made to the American Stroke Association and the VNA of Massachusetts. For directions obituary & online guestbook see www.sullivanfuneralhome.net

Share Your Memory of
Magdalena
Upload Your Memory View All Memories
Be the first to upload a memory!