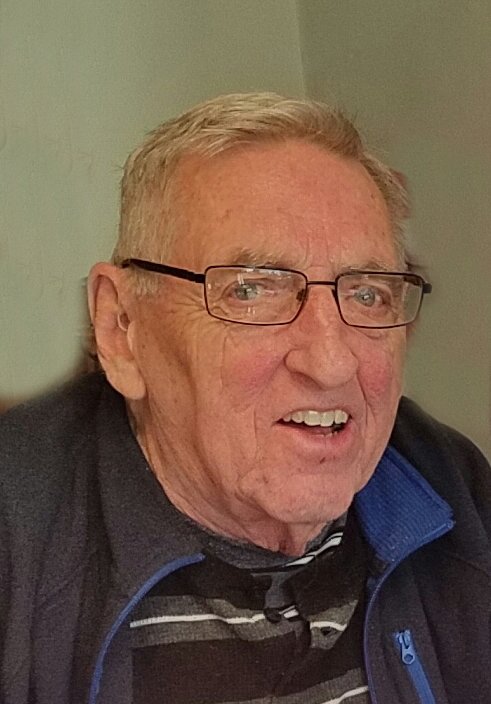 James L. Blevins, a retired Auditor, passed away at the Aberjona Nursing Center in Winchester on Monday morning, August 12, 2019.  The beloved husband of 69 years of Alice (Fronckus) he was 92 years old.

James was born, raised and educated in Allston.  He was the son of the late Joseph and Marie Blevins.  After high school James served his country in the United States Navy during World War II.  He was the recipient of the Victory Medal.  After the Navy he went to work as an Auditor at Commercial Union Insurance Co. where he would meet his future wife Alice, who was a secretary there.   They married on August 4, 1950.  They lived in Boston and Medford before settling in Arlington where they would raise their four children.  They had resided in Burlington for the last few years.

James worked hard to provide for his family.   He wanted to make sure his wife and four children did not want for anything.   He was employed at Commercial Union Insurance Company for over 40 years.  He was not one to sit idle and even during his retirement years he always had a part-time job.

James was a kind and humble man who believed in everything in moderation.  He was a loving and supportive husband to Alice and there wasn’t anything he wouldn’t do for her.  He was proud of his four children, his grandchildren and great grandchildren.  They all brought him immense pride and joy.     He had a positive outlook on life and his quiet demeaner had a calming effect on everyone.     James will be remembered as a loving husband, father, grandfather and great grandfather.

James was the beloved husband of Alice (Fronckus) Loving father of Richard of Longs, SC, Andrea Quill & her husband Ray of Pepperell, Steven of Londonderry, NH and Laura Custance & her husband Joel of Burlington.  Proud grandfather of Raymond, Erin & Matthew Quill, Steven, Jr. & Kerstin Blevins and Connor & Ryan Custance.  Great grandfather of Raymond, Kaleb, Landen, Ava & Mia.   Brother of the late Charlotte Sansing & Gertrude Brown. Brother-in-law of Helen Mandile of Waltham and Veronica Taylor of Milton. Also survived by many nieces and nephews.  Visiting hours will be held at the Edward V Sullivan Funeral Home, 43 Winn St., BURLINGTON (Exit 34 off Rt. 128/95 Woburn side) on Thursday, Aug. 15 from 4-8 p.m.  Funeral from the Funeral Home on Friday, Aug. 16 at 8:45 a.m.  Followed by a Mass of Christian Burial in St. Eulalia Church, 50 Rindge St., Winchester at 10 a.m.    Burial will be private.