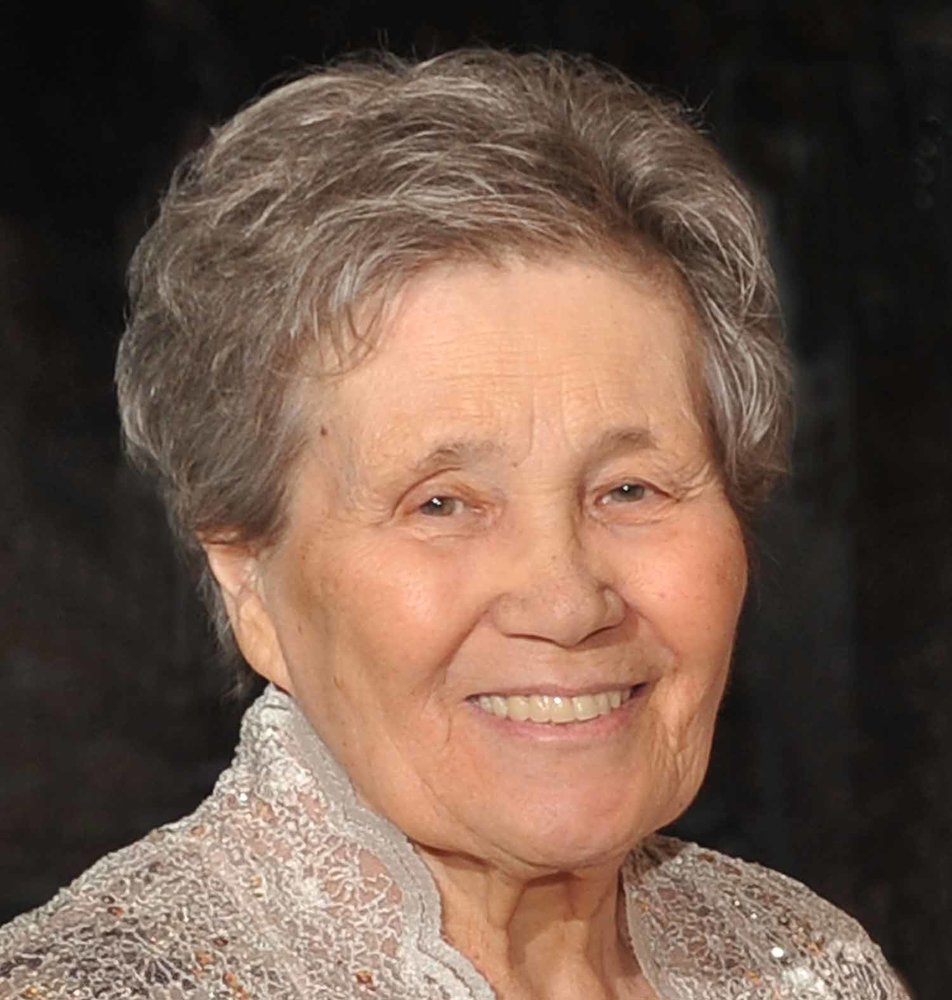 Florence Ruth Gravina, active in the Citations Drum and Bugle Corps of Burlington, MA, passed away on Saturday morning, August 17, 2019.  She was 89 years old. Florence was born in Boston, Massachusetts. She was the daughter of Ruth and Linwood Clark. She grew up in Roxbury and was a graduate of Roxbury Memorial High School.  She met her future husband, Samuel “Jim” Gravina in high school and they were married in September of 1950. They settled in Burlington in 1958 to raise their 5 children. Jim owned and operated Jim’s Barber Shop in Burlington, MA, and Florence managed her home and raised her children.  When all her children were settled in school, Florence eventually went to work at MIT/Lincoln Labs as an administrative assistant and remained with the company until her retirement.

Florence and her husband Jim got involved in the Citations Drum and Bugle Corps when their children joined in the late 1960’s.  At first, they were just helpful parents. Then, they took on more and more responsibility. Jim would drive the bus or truck filled with equipment and Florence helped with management and logistics.  She became affectionately known as “Mrs. G” to the Citations family. When most parents would walk away from an organization when their children grew up and moved on, Florence and Jim chose to get even more involved in the Citations by taking over the Citations Juniors which were the 7-12 year old members.  The Juniors needed to learn almost everything from learning to play an instrument, march, perform, and compete. “Mrs. G” held their hand the entire way. She was their coach, motivator, and band mother. Nothing made her more excited as seeing her members evolve from children to adults and have so many wonderful and positive life lessons and memories as members of the Citations.  She would spend over 25 years with the Citations and loved every minute and experience.

Florence always embraced life and got involved in her children’s life and the community.  She was a doer. She was a den leader in the Cub Scouts and the Blue Birds. She strongly supported 3 of her sons as they worked their way to become Eagle Scouts.  She couldn’t have been prouder as when they attained the rank of Eagle Scout together in one ceremony. She was a member of St. Margaret’s Choir. She was a member of Burlington’s Red Hot Squares square dancing group.  She enjoyed taking ceramics classes at the Burlington Recreation Department and was an active member of the Burlington Council on Aging. She volunteered as a cameraman for Burlington’s BCAT and later did the same at Brooksby Village in Peabody.  There were countless memories of summer vacations spent camping at Wyman’s Beach in Westford. In 2003, she moved to Brooksby Village where she got involved in almost everything. She met knew friends, took all sorts of classes, and was the first to sign up for outings, trips, and socials.  She was a shooting star, a mentor, source of inspiration to her family, and loved by all.

Florence was the beloved wife of the late Samuel James Gravina. She was the loving mother of Jim Gravina & his wife Judy of Willes Barre, PA, Donna Mosho & her husband Steve of Swampscott, David Gravina & his wife Kim of Newburyport, Mark Gravina of Melrose, and Bill Gravina of Groton. She was the sister of the late Gene and Richard Clark. She was the proud and loving grandmother of Steve & Monica Mosho, Henri, Adela, & Liam Coleman, and Kelly, Dan, Bella, Cassie, Gianna, Andrew, & Kurtis Gravina.

A visitation will be held at the Edward V. Sullivan Funeral Home, 43 Winn St., Burlington on Wednesday, August 21 from 4-8 p.m. Funeral from the Sullivan Funeral Home on Thursday August 22 at 9 a.m. Followed by a Mass of Christian Burial in St. Margaret’s Church, 111 Winn St., Burlington at 10 a.m. Services will conclude with a burial in Chestnut Hill Cemetery, Burlington. Relatives and friends are respectfully invited. Memorials in Florence’s name may be made to American Cancer Society, 3 Speen St., Suite 250, Framingham, MA 01701 or www.cancer.org.  For directions, obituary & online guestbook see www.sullivanfuneralhome.net or www.stmargaretburlington.org