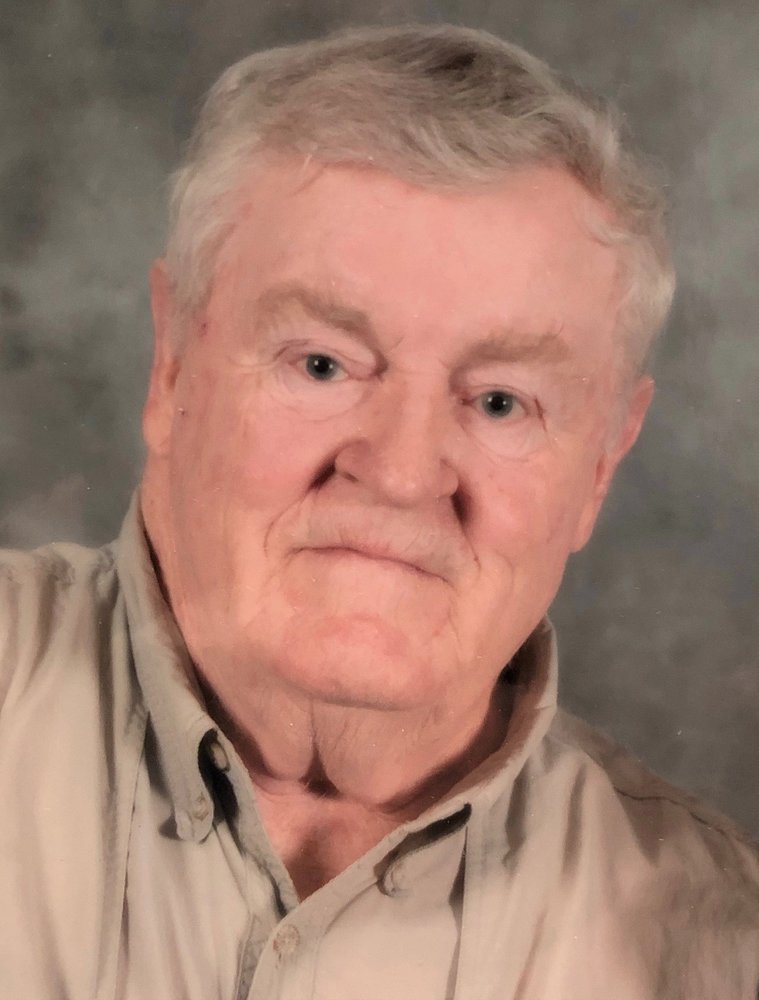 Howard, Vincent P. of San Antonio, TX formerly of Burlington, Sept. 28.  Beloved husband of Madeline (Derro).  Vincent “Vin” was born on October 31, 1939, in Burlington, Massachusetts and passed at his home in San Antonio, Texas, on September 28, 2019.  He and his wife were members of St. Francis of Assisi for 35+ years.  Vin was preceded in death by his parents, Vincent F. and Edna M. (Harkins) Howard, brother Kenneth, and brother-in-law Joseph Derro (Carol).  He is survived by his loving wife of 58+ years, Madeline.  Father of Kenneth (Armand) of Dallas; and Craig (Maria) of San Antonio.  Grandfather of Joseph (Julian), Sean (Michelle), Timothy (Courtney), and Nicole Savage (Ryan) of Dallas; and Danielle of Fort Worth.  Brother of Sheila of Burlington, MA; Rosemary Wagner (Ron) of Spring Hill, FL; Joanne Graziosi (Albert) of Everett, MA; Kevin (Darlene) of San Francisco, CA; and Stephen (Joan) of Burlington, MA.  Brother-in-law of Dr. Robert Derro (Lieselotte) of Duluth, GA.  He is also survived by his great grandchildren James, Brady, John and Lucy; and numerous cousins, nieces and nephews.  Vin was a graduate of Burlington High School, Northeastern University and Suffolk University, Boston, MA.  He was a longtime and devoted fan of the Boston Red Sox.  Visiting hours will be held at the Edward V Sullivan Funeral Home 43 Winn St., BURLINGTON (Exit 34 off Rt. 128/95 Woburn side) on Sunday, Oct. 6 from 4-7 p.m.  Funeral from the Funeral Home on Monday, Oct. 7 at 9 a.m.  Followed by a Mass of Christian Burial in St. Margaret’s Church, 111 Winn St., Burlington at 10 a.m.  Burial to follow in Wildwood Cemetery, Winchester.  Memorials in Vin’s name may be made to Mobile Loaves & Fishes, St. Francis of Assisi, 4201 De Zavala Road, San Antonio, TX 78249.

Vince, Uncle Vinny, big brother, Husband, Dad, Grampy, Great-Grampy, or whatever you knew him as.

I have many memories growing up of Dad making reference to what wasn't taught in "Daddy School".    The truth is, there was no such school, and Dad just always had the right instincts and got it right.   Somehow he struck the right balance between participating in our lives and leaving us be to learn from the bumps and bruises that life often brings us.   We always felt safe, cared for, and loved.   Really, that's all we need. That's all anyone needs.

Dad was the kindest and friendliest person around.   He made friends everywhere he went.  Not due to a boisterous extroverted personality, which was definitely not him…   He was the quiet, thoughtful and humorous person that just made others feel good to be around.   He was also smart as a whip…a lifelong learner.   That intelligence, knowledge along with his amazing personality was just the perfect combination.  At some point in my life I came to realize that the parts of me that I'm proudest of are what I got from him.

Sometimes Dad made friends in the most surprising of places.    Dad belonged to one of those big chain gyms, the type where everyone is invisible and nobody talks to anyone.   When Dad got sick, one of the employees of his gym called wondering why he hadn't been coming in.  Those businesses thrive on people joining and not actually going, but he made such an impression on the folks in his gym, it wasn’t the same to them without Vin Howard's daily visits.  That is the rare type of person he was.

Dad made friends everywhere he went, sometimes much to my surprise.  After six years of developing my professional career at my first employer, USAA, I referred Dad after he found himself unemployed due to the sale of his employer Fox Photo.   Although we didn't work directly together, word spread about this new "Howard" had become the most popular and better known Howard around that place.

Back to that humor.    When I got the 4am call from Mom to get to San Antonio as soon as possible, I raced to the Dallas airport and was at his bedside by 7:30 that morning.   He was having difficulty breathing despite the oxygen mask, and the weariness of endless days in the hospital.   When I walked in the room and joined him with Mom and Craig, the first words out of his mouth were, "Oh good, we can get a family picture now!"

My brother Craig became very close to Dad after I moved away, and he reveled in their regular visits.  He took the time last week to write down many of those memorable stories about Dad's interesting life.  It would take all day to share all of them with you, but he did ask me to share the one about his first family Thanksgiving dinner with Mom's Italian family back when they were first dating.    Dad was a little nervous about her Police Chief Dad and her close-knit Italian family.  He knew little about their culture and traditions, and was a bit puzzled when Thanksgiving Dinner turned out to be Chicken Soup.   He didn't want to offend, so he asked for seconds, and then thirds before he was surprised to see them bring out the Ravioli.  Then he realized that Soup was just the starter, and these Italians have Ravioli for Thanksgiving.  He proceeded to refill his Ravioli plate until he was stuffed.  They all politely waited for him to finish his ravioli before bringing in the actual meal – Turkey, stuffing, cranberries, and all the rest of the trimmings.   After that, he learned to pace himself at those Italian feasts.

A wish I think everyone has, is for their parents to be healthy and happy.  Dad and Mom have always been surrounded by fun friends.   We moved a lot growing up.   Three towns in Massachusetts, followed by Sunnyvale California, then San Antonio, then Nashville, then San Antonio again.   No matter where they went they found and cultivated great friendships.  Craig and I always enjoyed watching them cultivate their lives beyond being parents.  It was also fun hearing about their many travel adventures, sometimes with current friends, and always making new friends along the way.  That was so important then as it is now.

Mom and Dad are also the most organized people anywhere.  They have a file for everything, including funeral planning details.   In one of those files, Dad asked for the following to be read at his funeral:

Don't grieve for me, for now I'm free

I'm following the path God has laid you see.

I took His hand when I heard him call

I turned my back and left it all.

I could not stay another day

I found that peace at the close of day.

If my parting has left a void

Then fill it with remembered joy.

A friendship shared, a laugh, a kiss

Oh yes, these things I too will miss.

Be not burdened with times of sorrow

I wish you the sunshine of tomorrow.

My life's been full, I savored so much

Perhaps my time seemed all too brief

Lift up your hearts and peace to thee

God wanted me now; He set me free.

Dad, your Mom and Dad and your little brother will all be excited to see you.  Y'all have a lot of catching up to do!

Share Your Memory of
Vincent
Upload Your Memory View All Memories
Be the first to upload a memory!