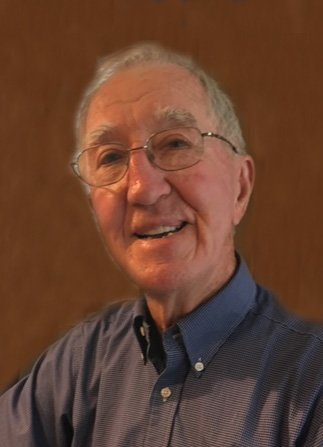 Paul R. Groulx, a man who cared about others in his career and in his personal life, passed away suddenly on Wednesday morning, October 2, 2019.  He was 81 years old. Paul was born in Manchester, New Hampshire.  He was one of four children born to Robert and Rose Groulx.  He grew up and was educated in Dover, NH.  He served in the US Marine Corps as a Private First Class in the Reserves. He was a graduate of Northeastern University with a degree in Chemistry.  He was an Environmental Chemist at the Environmental Protection Agency.  After 38 years with the EPA, he retired as a project manager.  His responsibilities included orchestrating the clean up of contaminated sites all over New England and New York. After his retirement, he went to work for the Federal Emergency Management Agency to assist in monitoring the air quality at the 9/11 Ground Zero site in New York. He was also called upon by FEMA to assist in New Orleans following Hurricane Katrina.  Paul also volunteered his time to the American Red Cross and assisted in numerous crisis’s locally and nationally.  He was well respected by those in his field and a vital resource to local towns and cities ensuring their residents were safe, protected, and living in a healthy environment.

Paul was a “Doer”.  He was never happy sitting back letting others step up to the plate on his behalf.  He loved being involved, keeping busy, solving problems, and being useful.  He was an avid hiker and a member of the Appalachian Mountain and Sierra Clubs. Paul was a member of the Burlington Volunteer Reserve Corps under the direction of the Board of Health.  As a member of the BVRC, he supported the Board of Health in health services and multiple programs.  All his training with the EPA made him a vital member of the group.  When they lived in New Hampshire, Paul was a volunteer firefighter at the Newbury, NH Fire Department. He was also a volunteer at the E.N. Rogers Memorial Veterans Hospital in Bedford, MA.  He worked the election poles for all the local and national elections.  He simply cared about others.

Paul was always in motion even after all his work and volunteering.  He was an avid hiker and loved skiing at Mount Sunapee. He was a big runner and biker in his day.  He had a home in Newbury on Lake Sunapee, loved being on the water and over the years had both motorboats and sailboats.  He loved camping and spent many vacations at Lake Sebago in Maine.  He also loved his gardening. And then there was his travel bucket list.  Over the years, he visited almost every state in the United States, the Caribbean, Bahamas, Bermuda, Hawaii, Aruba, Canada, Italy, Turkey, Greece, Egypt, Ukraine, Ireland, and countless others. He recently marked off South America from the top of his bucket list.  We have all lost a bright and shining star who lived life to the fullest and truly made his mark on the world.

Visiting hours will be held at the Edward V Sullivan Funeral Home, 43 Winn St., BURLINGTON (Exit 34 off Rt. 128/95 Woburn side) on Sunday, Oct. 6 from 3-6 p.m.  Funeral from the Funeral Home on Monday, Oct. 7 at 11 a.m. Followed by a Mass of Christian Burial in St. Margaret’s Church, 111 Winn St., Burlington at Noon.  Burial will follow in Pine Haven Cemetery, Burlington.  In lieu of flowers memorials in Paul’s name may be made to the American Cancer Society or the American Heart Association.

Share Your Memory of
Paul
Upload Your Memory View All Memories
Be the first to upload a memory!