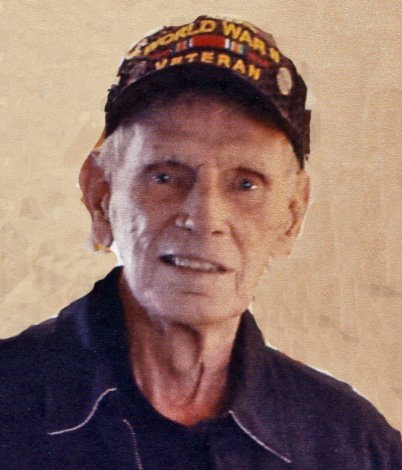 Peter Joseph Decareau, a World War II Navy Veteran, passed away peacefully on Friday morning, October 11, 2019.  He was 95 years old. Peter was born and grew up in Saugus. He was one of nine children born to Arthur and Alice Decareau. After the Japanese attack on Pearl Harbor, he was compelled to leave high school to serve and defend his country.  He enlisted in the U.S. Navy and served for over 3 years during the harshest and most deadly battles of the war.  Peter held the rank of Gunners Mate Second Class and served on 4 ships during the war. He was on one Navy vessel hit by a kamikaze and another vessel by an enemy warship.  He visited 30 ports and fought in the invasions of Sicily, Africa, Normandy, and Okinawa.  During the D-Day battle, he was a gunner on an LSC shuttling troops to the beaches that was hit and sunk during the battle.  He served aboard the SS Ralph Izard, SS Kofresi, as well as others.  He was in Japan during the signing of Potsdam Declaration for Japan’s unconditional surrender. Peter was honored to serve his country in one of the most life altering times of many Americans.  He proudly wore his Navy Veteran hat and clothing to show the respect of those who passed and that others might know the sacrifice he and others made during the War.

After returning from the war, Peter founded Decareau Engraving in Boston. Everything done in his shop was hand worked. His shop was in Scully Square, which is now part of Faneuil Hall Market Place. Peter was a man of the community.  He moved to Burlington in 1960 to raise his four children.  He coached baseball, hockey, and basketball when his children were participating in youth sports.  Peter played softball in the Burlington Recreation Department summer league, enjoyed golfing, a good game of cribbage, and spending hours tending to his garden.  He wouldn’t hesitate to lend a helping hand to a family member, friend, or neighbor.  This year, Fox 25 News was there when Peter went back to Saugus High where he received an honorary high school diploma.

Peter was the beloved husband of the late Hazel (Goudreau) Decareau for over 70 years. They were married during WWII and Peter’s fellow soldiers gave them a military reception at the ceremony.  He was the loving father of Donna Hrinchuk & her husband Raymond of Ayden, NC, Peter Decareau, Jr. & his wife Christine of Burlington, Paul Decareau & his wife Jacquelyn of Billerica, and the late Dianne Slater. Peter is survived by his brother Eugene Decareau of Saugus, and predeceased by his siblings Charles, Virginia, Arthur, & Joseph Decareau, Alice Cotter, Dorothy Savageau, and Mildred Seaman. He was the proud grandfather of Darlene Myers, James Hrinchuk, Peter Decareau III, Matthew and William Decareau, and Kristine and Kevin Slater. Peter was also preceded by his great grandson Branden Myers and is survived by 6 great grandchildren & 6 great great grandchildren.

Graveside services will be held on, Wednesday, October 16 at noon at Pine Haven Cemetery, 84 Bedford St., Burlington.  Memorials may be made to the New England Shelter for Homeless Veterans, 17 Court St. #2601, Boston, Ma 02108 or www.nechv.org. For obituary & online guestbook see www.sullivanfuneralhome.net