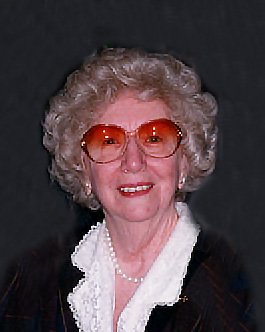 Ruth Margaret Curry, a retired inspector for the Department of Defense passed away peacefully at her home on Wednesday night, October 23, 2019. She was 97 years old. Ruth was born in Boston, the daughter of Albert and Margaret McNamee.  She grew up in the Roxbury, Jamaica Plain, and Back Bay sections of Boston during the Great Depression.  As a teenager, World War II erupted.  Being a independent and strong willed woman, she went to work to help in the war effort at the Watertown Arsenal.  She was part of the Women’s Ordinance Workers otherwise referred to as the “WOW Girls” working in defense manufacturing jobs vacated by men who went off to fight in the war.  After the war ended, she worked for a year as a machine operator at Rust Craft, which was a greeting card manufacturer.  She then took a position at the Department of Defense as an inspector.  She was quite proud to be one of the first women to hold a position in that field.  Over the years, she performed site inspections all over New England and sometimes further when necessary.  Being a bit of a pioneer for women in the field, she took her work responsibilities quite seriously and performed her work in highly professional and thorough manner.  During her working years, she went back to school at Massachusetts Bay Community College and Boston State to earn her Bachelors Degree in Business.  She retired at the age of 65 with over 40 years as a Federal employee.

Ruth’s life revolved around her family.  The “McNamee sisters” remained together having fun, sharing interests, and supporting each other their entire life’s.  They went out dancing sometimes as many as 7 days a week.  They were regulars at the Wonderland Ballroom, Ocean View, Loews and numerous other dance halls.  She could dance any type of style with the jitterbug, swing, and waltzes some of her favorite styles.  As soon as the music began, Ruth was on the floor with a huge smile on her face.  She lived with her sister, Muriel, in Boston, Belmont, and Burlington for 80 years.  They hosted the family holidays and celebrations and acted as second parents to their nieces and nephews.  Ruth was a member of several bowling leagues over the years.  She was a fervent reader with mystery novels being her favorite genre.   She traveled with her sisters and friends all over the world with destinations including Spain, Greece, Ireland, Italy, Mexico, Bermuda, Canada, the Bahamas, Caribbean, and across the United States.  She lived her long life following and sharing her passions with her family and keeping the McNamee family bond strong for generations.

Ruth was the beloved wife of the John E. Curry. Loving sister of Muriel F. McNamee of Burlington, Elinor R. McNeil of Weymouth, and the late Margaret A. Phillips. Aunt of Peggy Santana & her husband Francisco of Rockport, Richard McNeil & his wife Grace of MD, Patricia McNeil-Harajli & her husband Mahfouz of Bellingham, Wayne McNeil & his companion Joyce Zimmerman of East Bridgewater and the late Paul Phillips. Great aunt of Patricia & Michael Santana, Maureen& Margaret McNeil, and the late Christine Ewing. Visiting hours at the Edward V. Sullivan Funeral Home, 43 Winn St., Burlington (Exit34 Off Rt.128/95, Woburn side) on Sunday, Oct. 27 from 2-5 pm. Funeral from the  Funeral Home on Monday, Oct. 28 at 9:00 am, followed by a Mass of Christian Burial in St. Malachy Church, 99 Bedford St., Burlington at 10:00 am. Burial at St. Joseph’s Cemetery, West Roxbury.