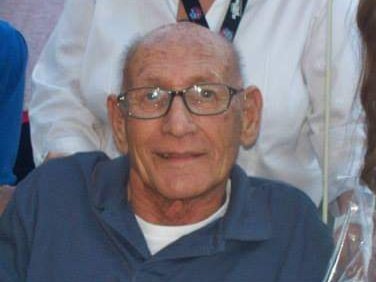 Edward William Weiss, a true patriot, passed away at Care One in Lexington on Friday morning, November 1, 2019. The beloved husband of 52 years to Anne (Connarton) he was 91 years old.

Ed was born in Meriden, CT. He was one of three children born to the late Theobald and Martha Weiss.   Ed and his family lived in Michigan until 1938, when at the young age of eleven, Ed and his family moved to Germany to help a Jewish relative flee Germany during World War II.  What was to be a short trip ended up being a long, and very painful, journey for Ed and his family.   Ed was forced to become a soldier in Hitler’s Army and fought with Germany against Russia.  At the age of 15 Ed was captured by the Russian Army.  As a prisoner of war, he forced to participate in the “death march”.   With strength and determination Ed eventually escaped and walking over 600 miles he made his way to the American lines.   Being the true patriot that he was, after returning to the United States, he joined the United States Army.    He served his country during the Korean War and was the recipient of the Good Conduct Medal.  Ed chronicled his experiences in Germany in a book called “2 Shades of War”.

Ed would meet his future wife Anne through mutual friends and would marry in 1968.  They made their home in Burlington where they would raise their three children.  Ed had a long and successful career as a Field Services Engineer working for the Federal Bank in Boston.      He was a handy man. There wasn’t anything that he couldn’t fix or repair from things around the house, computers and even cars.  He was a loving and supportive husband and father.  As a family they enjoyed taking trips to Florida, Germany or just simple ski weekends in New Hampshire.  Ed was a people person and enjoyed being in the company of family and friends.  He also had a love for animals most especially his “cats”.  His was affectionately known as “Opa” by his grandchildren who brought great joy.  Ed will be remembered as a man who had great love for his family and his country.

Ed was the beloved husband of Anne (Connarton).  Loving father of Liesl Catanzano & her husband Mark of Billerica, Scott Weiss & his wife Kerry of Marshfield and the late Edward Weiss & his wife Allison of Lake Placid, FL.  Proud “Opa” of Emily & Matthew Catanzano, Lauren Weiss and William & Benjamin Weiss.  Brother of Tina Laiuppa & her husband Tony of CA and the late Ophelia Goetz.  Visiting hours will be held at the Edward V Sullivan Funeral Home, 43 Winn St., BURLINGTON on Tuesday, Nov. 5 from 4-7 p.m.  Funeral Services will be held at the Funeral Home on Wednesday, Nov. 6 at Noon.  Burial to follow in Pine Haven Cemetery, Burlington.  In lieu of flowers memorials in Ed’s name may be made to the MSPCA, 350 S. Huntington Ave., Jamaica Plain, MA 02130  www.mspca.org  For directions, obituary & online guestbook see www.sullivanfuneralhome.net

Share Your Memory of
Edward
Upload Your Memory View All Memories
Be the first to upload a memory!