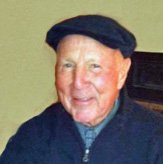 Vincent Goggin, a man who loved to work and never wanted to retire, passed away just 9 months after the passing of his beloved wife of almost 60 years, Maureen Goggin.   Some might say he passed of a “Broken Heart”.  Vincent was born in Boston, the son of the late Carroll and Charlotte Goggin.  He grew up in Watertown and was a graduate of Watertown High School.  Summers as a child were spent at Island Falls, Maine where his mother grew up and just miles from the Canadian border. Vincent was fortunate to return to Island Falls this past summer spending time with family and reliving favorite childhood memories.  Vincent was not a man that enjoyed sitting around and being unproductive.  His first career was that of machine operator for Westvaco Corporation which was a producer of packaging, specialty papers, consumer and office products.  When the company relocated out of state, he went to work at Western Electric as a technician and parts delivery person.  He was with the company for well over 20 years as it merged with AT&T, Nynex, and eventually New England Telephone.  He then went to work for the US Post Office as a letter carrier in North Reading for over 10 years.  When he had to retire from the Post Office, he was not content sitting at home puttering in his yard or garage. So, he went to work at MITRE Corporation as a Corporate Driver 20 hours a week until he was 82 years old.  He really didn’t work for the money, he just liked getting out of the house, socializing with coworkers, and the satisfying feeling that he was still fruitful and vital.

Vincent was a man devoted to his family.  He met his future wife, Maureen McDonnell a recent Irish immigrant, at a dance in Brighton.  They were married in 1959 and eventually settled in Burlington in 1966 to raise their 3 children.  Vincent understood his role at home, Maureen was decision maker, the entertainer, and glue that kept everyone close.  Vincent was the supportive one, indulging his wife and family, busy behind the scenes, and was the adventurous and inquisitive one of the pair.  Together they made the perfect couple. When their children were young, there were cross country road trips and camping in North Conway.  They saved money enough to buy a chalet in Moultonborough, NH on the shores of Lake Winnipesaukee in 1985.  A house followed on Long Island and finally a home in Meredith in the Patrician Shores Community.   They wanted to keep their family close, so everyone was welcomed to their Lake home (siblings, nieces, nephews, friends, children’s friends, and grandchildren’s friends).  The record for number of overnight guests was 30!  They loved seeing family enjoying each other’s company and creating lasting memories filled with laughter and love.  There was swimming, boating, sunbathing on the beach, campfires, lots of excitement, food, a bit of chaos and fun.  Vincent loved participating in all the fun, but also enjoyed puttering around the home when everyone else was on the boat or at the beach.  He also enjoyed going to one of his favorite places in Meredith, the Transfer Station.  Vincent and Maureen enjoyed traveling and over the years had visited Italy, France, Holland, Belgium, Spain among other places, and of course Ireland to visit with Maureen’s family and childhood friends. They enjoyed winters in Naples Florida for 8 years after they retired.   When traveling, Maureen tended to be the social one and Vincent tended to be the explorer, thrill seeker, and historian.  He was a member of the Irish American Club in Billerica and the knights of Columbus in Burlington.  He enjoyed hunting in his early years with his favorite dog, Taffy, at his side.  Vincent lived a wonderful life.  He was the foundation and rock  his family was built upon.  It is sad that he passed so quickly, but his family and friends are comforted that he has reunited with his beloved Maureen once again in Heaven.

Vincent was the beloved husband of the late Maureen (McDonnell) Goggin. He was the loving father of Vinny Goggin & his wife Marie of Nashua, NH, Melinda Sullivan & her husband John of Burlington, and Kevin Goggin & his wife Jane of Billerica.  He was the proud grandfather of Danny, Joey, Brian & Corey Goggin, Danny Sullivan, and the late Renee Goggin and great grandfather of Owen & Caleb Goggin.  He was predeceased by his sister, Patricia Cornetta.

A visitation will be held at the Edward V Sullivan Funeral Home, 43 Winn St., BURLINGTON (Exit 34 off Rt. 128/95 Woburn side) on Sunday, Nov. 10 from 3-6 p.m. Funeral from the Sullivan Funeral Home on Monday, Nov. 11 at 9 a.m. Followed by a Mass of Christian Burial in St. Margaret’s Church, 111 Winn St., Burlington at 10 a.m.  Services will conclude with a burial in Pine Haven Cemetery, Burlington. In lieu of flowers, memorials in Vincent’s name may be made to the Renee Marie Goggin Scholarship Fund, 6 Tacoma Circle, Nashua NH 03062. For directions, obituary & online guestbook see www.sullivanfuneralhome.net & www.stmargaretburlington.org

Share Your Memory of
Vincent
Upload Your Memory View All Memories
Be the first to upload a memory!