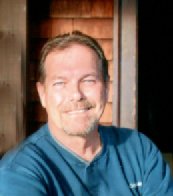 John Thomas Keating passed away at the Sawtelle Family Hospice House on Saturday morning, November 16, 2019.  He had just celebrated his 69th birthday.

John was born, raised and educated in Somerville. He was the son of the late Lawrence and Lillian Keating.  After high school he enlisted in the Marines serving his country during the Vietnam era.  John achieved the rank of CPL serving from July 1970 to May of 1972.  After leaving the Marine Corps he began his long and distinguished career at Polaroid.  John worked for Polaroid for 32 years as a Senior Materials Coordinator and Senior Administration Specialist.  He worked in Waltham, Needham and retired from their Bedford location.

John and Marion married in 1977.  They moved to Burlington in 1978.  He loved his home and took great pride in maintaining his yard. He was a motorcycle enthusiast and enjoyed taking rides with Marion on his bike.  They would take day trips to Rye Beach, Gloucester and Newburyport.  During the winter months, John and Marion spent many weekends skiing at Bretton Woods and Loon Mountain. John also enjoyed deep sea fishing at Hampton Beach with his brother, brother-in-law, nephews, and friends.  He even shared this passion with his daughter, Emily.

John was an avid hiker, a hobby he shared with Emily.  Together they hiked a combined total of 13 of the 4,000-Footers in the White Mountains of New Hampshire.

As a family, John, Marion, and Emily took several wonderful trips together visiting Bermuda and the Florida Keys.  To celebrate Emily’s graduation from college they took a 2-week trip to California starting in San Francisco and driving to San Diego.

John was a “handy man”. He could repair just about everything. He loved to tinker with motorcycles and was in the process of restoring one.

During his retirement years he had a routine that would start with waking up at 6 a.m., making a pot of coffee and catching up on the news.  He kept up on all the current political events and cared very much about the current and future state of our country.

John was a quiet man but kindhearted and had a good sense of humor. He had a wonderful marriage to his wife Marion who wasn’t just his wife but his best friend.  He was incredibly proud of to see his daughter Emily graduate from college and start a career of her own.  John will be remembered for his love and dedication to the two most important woman in his life, his wife Marion and his daughter Emily.

John was the beloved husband of Marion (Hayes).  Loving & proud father of Emily of Burlington.  Brother of Lawrence & his wife Barbara of Wells, Maine. Nephew of Leroy Smith & wife Janis of Somerville.  He was the brother-in-law of Barbara Lynn Hayes of Wakefield, Christine Hayes Sokolove & the late Paul Sokolove of Beverly, Eileen & Thomas Johnson of Salisbury, NH. John was also survived by nieces, nephews, great nieces and great nephews, as well as many friends.

Visiting hours will be held at the Edward V Sullivan Funeral Home, 43 Winn St., BURLINGTON (Exit 34 off Rt. 128/95 Woburn side) on Thursday, Nov. 21 from 5-8 p.m.  Funeral Services will be held at the Funeral Home on Friday, Nov. 22 at Noon.  Relatives & friends respectfully invited to attend.  Burial will be private.  In lieu of flowers, donations in John’s name may be made to the Sawtelle Family Hospice House. Donations can be sent to Gift Processing Center, 41 Mall Road, Burlington, MA 01805.