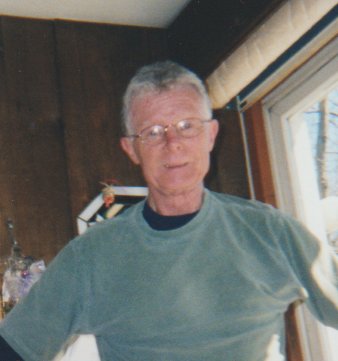 William James Bulman, a retired Dental Technician, passed away after an extended illness on Thursday morning, November 21, 2019.  He was 86 years old.  Bill was born in Cambridge.  He was the only son born to Harold and Anna Bulman.  He grew up in Medford and was a graduate of Medford High School.  He proudly served his country in the Army.  He held the rank of Private First Class and worked as a dental technician during his time in the military.  He used the skills learned in the military to become a Dental Technician.  He owned his own business, Bill Bulman Dental, and had offices in Somerville, Winchester, and Burlington.  He produced bridges and crowns for many dental offices in the area.  He was very attentive to details, appearance, and comfort for his dental work recipients.

William met his future wife, Helen Marie Long, when they both worked in the same office building in Boston.  Helen noticed Bill first.  So, she rearranged her office such that when Bill would walk by her door, he could help but notice her.  Her plan eventually worked.  They started dating and in 1961 they were married at Saint Anthony Church in Alston.  They have since shared 58 years of marital bliss.

It would be an understatement to say that Bill was an avid skier.  It was more that he lived for skiing.  He started skiing at the age of 3 and skied until his 80’s.  He was the type of skier that had to be the first in the parking lot and on the first lift of the day.  He and his wife Helen purchased a vacation home in Tamworth, New Hampshire in 1966.  They named it “The Chalet” and it has the been the family gathering spot for the last 53 years.  The home was arranged to entertain their family and friends.  It could easily sleep 16 but that number has been far exceeded many times over the years.   Their close friends, Tom and Florence Murray, came to visit and ended up becoming neighbors. Their sons and daughters grew up together.   The winter months were dedicated to skiing and snowmobiling.  He skied all over New England including the challenging Tuckerman’s Ravine.  The summer months were spent on Moore’s Pond boating, sailing, and fishing.  Every Friday at 1 p.m. with his bags packed, he was off to the Chalet, his “Happy Place”.  Bill had a great life, he followed his passion for the outdoors, loved his family and friends, and has left those he cared for with countless memories filled with laughter and love.

Bill was the beloved husband of Helen (Long) Bulman for 58 years.   He was the loving father of Lisa Bourget & her husband Andrew of Westford, Billy Bulman & Andrew Shepardson of Somerville and Erik Bulman & his wife Yoko of Lake Forrest, CA.  He was the proud grandfather of Evan, Nathan, Gabrielle, Aiden & Cole.  He was predeceased by his sister, Dolores Gerry.

Visiting hours will be held at the Edward V Sullivan Funeral Home, 43 Winn St., BURLINGTON (Exit 34 off Rt. 128/95 Woburn side) on Sunday, Nov. 24 from 5-8 p.m.  Funeral from the Funeral Home on Monday, Nov. 25 at 11 a.m. Followed by a Mass of Christian Burial in St. Margaret’s Church, 111 Winn St., Burlington at Noon.  Burial will be private.  In lieu of flowers memorials in Bill’s name may be made to Sawtelle Family Hospice House, 320 Haverhill St., Reading, MA 01867.    For directions, obituary & online guestbook see www.sullivanfuneralhome.net & www.saintmargaretburlington.org