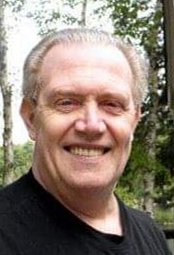 Obituary of William A Quinton

William D. “Bill” Quinton passed away after a brief illness on Thursday, November 28, 2019. He was 68 years old.  Bill was born in Cambridge, the son of Arthur and Elizabeth Quinton.  He grew up in Cambridge and Burlington.  He was a 1969 graduate of Burlington High School.  He spent almost 35 years working for Millipore as an electrical engineer.

Bill had some very special passions in his life.  The first was music.  He played the keyboard, accordion, and was a whiz with a synthesizer. In his younger years, he and his friends formed a band called the “Odds and Ends”. For quite a few years, they put quite a lot of time and effort into the band writing music, covering songs, rehearsing, and taking gigs wherever they could.  They played at clubs, school events, functions, and even at the newly opened Burlington Mall.  Though the band days eventually came to an end, his love of music, especially the 60’sand 70’s rock era remained dear to his heart.  He had a great appreciation for groups like Rush, Emerson lake & Palmer  Second, he was into computers long before it became commonplace and a household essential.  He had hundreds of Facebook friends whom he regularly kept in touch with.  He always posted daily comments, well wishes to others, and inspiring quotes.  The third, Mousam Lake in Shapleigh, Maine holds a very place in Bill’s heart.  It was where he and his family summered for decades.  Mousam Lake was filled with adventure, activities, and friendships.  The days were filled with waterskiing, canoeing, swimming, plunging into water from rope swings, campfires, and most importantly laughter and camaraderie. Bill will be remembered as a man with a huge heart who would literally give his shirt off his back or his very last dollar to someone who he thought needed it more.  Bill’s family has asked that you honor his memory by “paying it forward” and doing a kind gesture or deed for someone else, just as he has done during his lifetime.

Bill was the loving father of Neil Quinton of Woburn, Melissa Young of Bedford, Jennifer Sullivan of Nashua, NH. Beloved son of Elizabeth “Betty” Quinton of Billerica and the late Arthur Quinton.    Brother of Betsy Quinton Hale & her husband Larry of Rockport and Donna Dellanno & her husband David of Billerica.  Proud grandfather of Madison & Morgan Quinton, Mackenzie, Maya & Bailey Young, Joselyn Sullivan, Logan and Elizabeth Kopczynski.  Dear friend of Nancy Sawyer.  A visitation will be held at the Edward V. Sullivan Funeral Home, 43 Winn St., Burlington (exit 34 off Rt. 128/95, Woburn side) on Saturday, Dec. 7 from 11 a.m. to 1 p.m. Funeral services at the funeral home will begin at 1 p.m.  Burial will be private.  In lieu of flowers, please do a kind deed or gesture for someone else in Bill’s memory. For directions obituary & online guestbook see www.sullivanfuneralhome.net