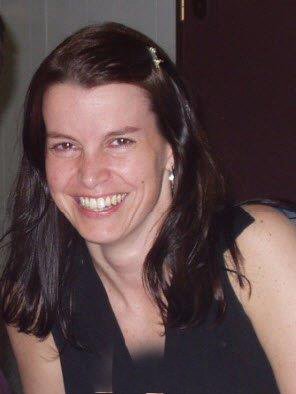 Marin Lynne (McKenney) Carey passed away at her home on Friday evening, December 6, 2019, following a long battle with a brain tumor. She recently celebrated her 48th birthday on November 24th.

Marin was raised in Burlington MA and attended Burlington High School.  She went on to further her education at the University of Massachusetts Amherst where she received a bachelor’s degree in communications in 1994.  Marin started her professional career in 1994 working for Computervision, which later became Parametric Technology Corp (PTC).  For 19 years Marin worked for PTC, up until 2013 when she had to leave for medical reasons.

Marin met her future husband Dan in the 7th grade but it wasn’t until well after college that they began dating.   In 1999 Marin’s life would change forever when she was diagnosed with a brain tumor.   Even with life altering news Marin did not let her medical condition define her life. She married Dan in 2003.  In 2010 she gave birth to Emma and in 2013 she had Dillon.  Emma and Dillon were her world.  Marin was a caring and nurturing mother.  No matter Marin’s medical state, she always made sure the health and well-being of her children came first.

Spending time with her family was most important to Marin.  She enjoyed taking trips with them to warm weather destinations such as Disney and visiting her parents at Cape Cod during the summers.   She was a strong woman and even with her health challenges kept her family life as normal as possible.  Marin amazed everyone with her resilience.  She constantly maintained a positive outlook and attitude on life and always had a smile on her face.

Marin was the beloved wife of Daniel P.  Loving and proud mother of Emma & Dillon.  Loving daughter of Bill & Kathy McKenney of Dennis.  Sister of Laura Barry & her husband Robert of Plymouth.  Daughter-in-law of the late David & Annmarie Carey.  Sister-in-law of Robert Carey & his wife Stacey of Sturbridge and Thomas Carey & his wife Cara of Lincoln.  Aunt of Robert & Christopher Barry, Conor & Justin Carey.  Visiting hours will be held at the Edward V Sullivan Funeral Home, 43 Winn St., BURLINGTON (Exit 34 off Rt. 128/95 Woburn side) on Wednesday, Dec. 11 from 4-8 p.m.  Funeral from the Funeral Home on Thursday, Dec. 12 at 9 a.m.  Followed by a Mass of Christian Burial in St. Margaret’s Church, 111 Winn St., Burlington at 10 a.m.  Burial will be private.  In lieu of flowers memorials in Marin’s name may be made to St. Jude Children’s Research Hospital, 501 St. Jude Place, Memphis, TN 38105 www.stjude.org

Share Your Memory of
Marin
Upload Your Memory View All Memories
Be the first to upload a memory!