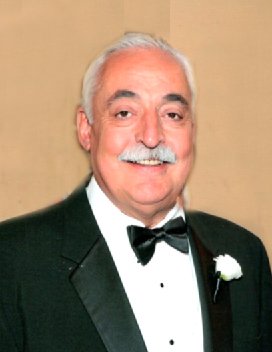 Nicholas S. Toulopoulos of Woburn passed away after a long illness on Saturday afternoon, December 7, 2019.  He was 66 years old.  Nick was born in Somerville, the son of Socrates and Elizabeth Toulopoulos.  He grew up in Arlington and graduated Arlington High School in 1971.  He took great interest in his classic car collection and even greater interest in business.  Nick constantly strived to grow the family business over his years.  His demonstration and appreciation of hard work and dedication was contagious among other family members involved and ultimately his employees.  Above all, Nick will be remembered for the love he had for his family.  As his daughters got older and the family grew, Nick enjoyed nothing more than getting everyone together for Sunday dinners whether at his home or house in York Beach. Nick was truly unique to say the least.  His personality, sense of humor and sense of presence were one of a kind, if he was in the room, you knew it.  He truly was the life of the party.  He will be missed for the way he would relive an old story, for the way he could make someone laugh and for his uncanny ability to make a complete stranger feel like one of the family.

Nick was the beloved husband of 42 years of Leslie J. (McCuish)

Nicholas was co-owner of Olde Towne Liquors of Burlington, Newtowne Grille in Cambridge and Billerica among other enterprises.

Visiting hours will be held at the Edward V Sullivan Funeral Home, 43 Winn St., BURLINGTON (Exit 34 off Rt. 128/95 Woburn side) on Thursday, Dec. 12 from 4-8 p.m. Funeral from the Funeral Home on Friday, Dec. 13 at 9 a.m. Followed by a Mass of Christian Burial in St. Charles Church, 280 Main St. Woburn at 10 a.m. Burial to follow in Woodbrook Cemetery, Woburn. In lieu of flowers memorials in Nick’s name may be made to People Helping People, PO Box 343, Burlington, MA 01803 For directions, obituary & online guestbook see www.sullivanfuneralhome.net & www.sccwoburn.com

Share Your Memory of
Nicholas
Upload Your Memory View All Memories
Be the first to upload a memory!