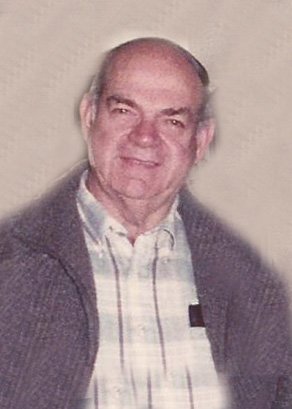 Obituary of George A. McLaughlin

George A. McLaughlin, a lifelong resident of Woburn, passed away unexpectedly on Monday morning, December 9, 2019. The beloved husband of the late Ada (Buccelli) he was 89 years old.

George was born and raised in Woburn. He was one of six children born to the late Bernard and Rose (Freelan)McLaughlin. George was a 1947 graduate of Woburn High School.  At the young age of 9 George started to work at the Givens Greenhouse which was located across from his family home and St. Anthony’s Church. George would go to school during the day and after school help deliver flowers from the greenhouse into Boston. In the 70’s when the greenhouses started to reduce their production during the energy crisis, George changed careers. He went back to school to obtain his journeyman electrician’s license and worked as an Electrician for J. H. Winn, which eventually became a subsidiary of Textron. George retired with over 25 years of service to the company.

George would meet his future wife doing what both of them liked to do best – Dancing! They met a Mosley’s on the Charles Ballroom and married at St. Peters in Dorchester on September 9, 1961.    George and Ada would literally build their home together in Woburn. They would work during the day and in the evenings work on the house. They loved their home and created many loving memories with their children and grandchildren.

George and Ada loved to dance. They enjoyed square dancing at various music clubs throughout Massachusetts and New Hampshire. They were members of the Baldwin Apple Squares Club at the Woburn Senior Center. George taught line dancing every Tuesday at the Senior Center with Ada right at his side helping with the lessons. George and Ada had a wonderful marriage and his heart was broken when Ada passed in August of 2018.

George raised his two children with the same values that he had; dedication to his family, solid catholic faith and a strong work ethic.   He was a longtime member of St. Anthony’s church and attended daily Mass. George will be remembered as a quiet man but a personable man who had great love for his family, his church and the community that he lived in.

George was the beloved husband of the late Ada T. (Buccelli). Loving father of George Jr of Woburn and Linda LaFauci & her husband Hugo of Chelmsford. Proud grandfather of Natassia LaFauci, Domenic LaFauci & his wife Michelle and Shavonne LaFauci of the United States Navy.  Great grandfather of Amelia LaFauci. Brother of the late Leo McLaughlin, Lillian Pentland, Jake McLaughlin and Bernard “Butch” McLaughlin. Brother in law of Beverly McLaughlin. He is also survived by many neices and nephews. Visiting hours will be held at the Graham Funeral Home, 3 Arlington Road, Woburn on Thursday, Dec. 12 from 3-7 p.m. Funeral from the Funeral Home on Friday, Dec. 13 at 8 a.m. Followed by a Mass of Christian Burial in St. Anthony’s Church, 851 Main St., Woburn at 9 a.m. Interment in Woodbrook Cemetery, Woburn. Memorials in George’s name may be made the Woburn Senior Center, 144 School St. Woburn, MA 01801.