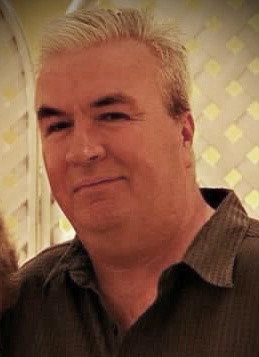 Robert Harrington, a retired machinist, passed away after an extended illness at the Melrose Wakefield Hospital on Sunday morning, December 8, 2019.  He was 59 years old.  Robert was born in Malden. He was the youngest of 8 children born to James and Helen Harrington.  He grew up in Somerville and Melrose.  He was a graduate of Melrose High School.  Robert worked for 27 years as a machinist at AW Chesterton Company located in Woburn and Groveland.  He made seals used in power plants.  He stopped working because of health issues in 2007.

Robert was a true family man who cherished the time and memories spent with his family.  Being the youngest of 8 children growing up, he lived in a home bustling with commotion, excitement, and fun.  His mother kept the family in line and gave him a strong family and faith foundation.  As a father, his top priority was to provide the very best for his children and always tried to make his time spent with them exceptionally special.  Family vacations at Old Orchard Beach were an annual summer event.  There were also many amazing April vacation cruises to the Caribbean.  He also enjoyed the leisure time spent with his children, siblings, nieces and nephews.  He enjoyed playing cards.  He was a huge Boston sports fan and took his Fantasy Football competition quite seriously.  The last years of Robert’s life have been a challenge as his health declined.   It gives his family comfort knowing that he is now at peace and reunited with his mother, Helen, father, James, and his brother James.

Visiting hour will be held at the Edward v. Sullivan Funeral home, 43 Winn St., Burlington (exit 34 off Rt. 128/95, Woburn side) on Friday Dec. 13 from 4-8 p.m. Funeral from the Sullivan Funeral Home on Saturday December 14 at 9 a.m.  Followed by a Mass of Christian Burial at St. Margaret Church, 111 Winn St., Burlington at 10 a.m. Relatives and friends are respectfully invited.  The burial will be private.