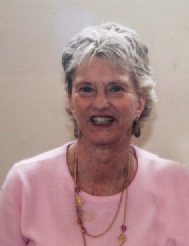 Florence (Wagner) Murray, office manager for B & T Construction and Head Traffic Supervisor for the Town of Burlington passed away after an extended battle with cancer on Thursday morning, December 12, 2019.  She was 77 years old.

Florence was born in Cambridge, one of two daughters born to Henry and Florence Wagner.  She grew up in Woburn under the shadows of Rag Rock.  She was a graduate of Notre Dame High School in Cambridge, Class of 1960.  She met a Burlington boy named Thomas Murray, Jr. at a high school dance held at the Burlington American Legion.  After a few songs spent on the dance floor, a romance blossomed.  They married in 1961 and the next 57 years were spent together supporting each other’s interests, passions, and dreams.  Florence raised their four children, maintained the home, and helped Tom as he built up his business with his brother, Bob.  During the children’s school years Florence worked as a traffic officer for 10 years for the Town of Burlington Police Department.  For half of those years, she was the Head Traffic Supervisor.  During this time she also ran her own laundromat called Soap & Suds in downtown Burlington.   She eventually got pulled into the family business, B & T Construction, running the office, taking care of scheduling, sub-contractors, and anything else that came across her desk.  Being a wife of a general contractor had quite a few perks and downs falls.  A general contractor thinks of homes as investments and never as forever homes.  During their 57 years together, they owned 10 different homes in Burlington, New Hampshire, and Vermont.   Florence learned to love moving.  Tom being an antique car buff, was always more concerned about the number of garages, rather than bedrooms.  Florence would joke that they would have to move as soon as they saw dust.  The downfall was living through open houses, constantly packing up all their belongs, and continuously re-decorating.  The good was Tom had his garage space, appliances never were old enough to break, and she became good friends with the movers.

Florence, Tom and her family enjoyed having fun together.  They were lifelong friends with Helen and Bill Bulman.  Both families had homes in Tamworth, NH, where they skied, snowmobiled, boated, swam, and shared countless other activities.  Florence was an exceptional skier in her day and everyone knew her at Mt. Whittier in Ossipee, NH.  She embraced Tom’s love for antique cars.  For many years, Florence would pack up the children with picnic lunches and travel to car shows.  Later on when the children were grown, she became a member of the Caballero Car Club, went to endless car shows around the country, dressed up in poodle skirts to adorn the cars, and even acted as a Judge in a few shows.  In 2014 she became a member of the Burlington American Legion Post 273 Women’s Auxiliary.  With her daughter Maureen as the President and Florence as the Treasurer they were afforded valuable time together making friends, running fundraisers, and taking care of Veteran’s and their families.   Florence loved to travel to sunny places.  They spent many winter vacations at the Costa Linda Beach Resort in Aruba with Bob and Paula Benard and at the Seaview in Miami with Mike and Nancy Connors, Gary Litchfield, June Tabaldi, and Bob Murray.  There were also many memorable family memories spent at “The Green House” on Lake Winnipesaukee and at their Barnard, Vermont retirement home.  Her favorite place was in Vermont with her grandchildren.  Every year during school vacations “Grammy” would have the girls up for a week of skating, skiing, and swimming.  With Tom’s health declining, they moved back to Florence’s childhood hometown, Woburn.  Tom passed just over a year ago and Florence was diagnosed with cancer 9 months ago.  It is difficult for all their family to lose their parents and grandparents in such a short period.  But they are comforted that she has been reunited with her one true love.  Their memories will be treasured forever in the hearts and memories of all they loved during their lifetime and their tears will turn to smiles as they recollect on the love and delights that Florence and Tom showered upon their family and friends.

Florence was the beloved wife of the late Thomas E. Murray, Jr.   Loving mother of Thomas III & his wife Laura of Burlington, Mark & his wife Sue of Dracut, Ted & his wife Stacy of Dunstable, and Maureen Wall & her husband Ed of Woburn.  Sister of Joyce Wells & her husband Philip of SC. Proud Grandmother to Danielle, Jessica, Mark, Kylie & Ted Murray Jr., Kathlene & Amanda Gullage, and Hailey, Sheighla & Aleigh Wall. Also survived by 9 Great grandchildren and many nieces and nephews.  Visiting hours will be held at the Edward V. Sullivan Funeral Home, 43 Winn St., BURLINGTON (exit 34 off Rt. 128/95, Woburn side) on Wednesday, Dec. 18 from 4-8 p.m. Funeral from the Sullivan Funeral Home Thursday, Dec. 19 at 9 a.m.  Followed by a Mass of Christian Burial in St. Charles Church, 280 Main St., Woburn at 10 a.m. Services will conclude with a burial in Chestnut Hill Cemetery, Burlington. In lieu of flowers, memorials in Florence’s name may be made to the David K. Johnson Foundation (Supporting a Cure for Alzheimer’s & Helping Families Affected) P.O. Box 617, Reading, MA 01867 or www.DKJfoundation.org