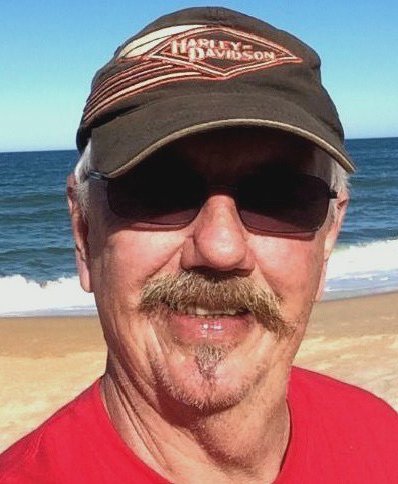 David J. Cronin passed away suddenly on Monday, March 2, 2020 while vacationing with his friends in Daytona, Florida. He was 66 years old.  David was 1 of 6 children born to the late John and Kathleen Cronin. He was raised in Burlington and was a 1971 graduate of Burlington High School. David went on to work for Boston Sand and Gravel Co. driving a cement mixer for over 25 years.   He retired last year and moved to Laconia, NH.

David will be remembered by his children as being a one-of-a-kind dad, who loved to spend time with his family.  He had a presence about him and had an essence.    He was a free spirit, who enjoyed riding his motorcycle with his friends.  David had an outgoing personality and would make friends wherever he went.    He loved his music and a good cookout.  Speaker in tow, he made a party a party!  He was a giant hug.   His hugs were second to none and he squeezed with all his love.  David had so much love to give to his family and his friends.  He was very proud of his son Zac and daughter Krista.     He was so happy to have purchased a home in Laconia last year, where he could ride his bike throughout the roads of New Hampshire.    David will be remembered as an awesome dad and grandfather to his 5 grandkids.  With his sudden passing, David leaves his family with a broken heart.

David was a loving father to Zac & his wife Kara of Stoneham, and Krista McBride & her husband John of Westford. Proud grandfather of Zachary, Ava & Ryan Cronin and Harper & Isabelle McBride.    Brother of Paul Cronin & his wife Allyson of Burlington, Colleen Lundgren & her husband Bill of Burlington, Maureen Bousquet & her husband Brian of Bridgewater and the late Jack Cronin & Kasey Cronin.  Funeral Services will be held at the Edward V Sullivan Funeral Home, 43 Winn St., BURLINGTON (Exit 34 off Rt. 128/95 Woburn side) on Friday, March 6 at Noon.  A visitation will be held prior to the service from 11 AM to Noon.  Burial will be private.  For directions, obituary, & online guest book see www.sullivanfuneralhome.net