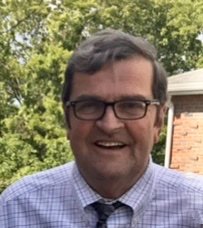 Raymond Alfred York passed away unexpectedly on Friday, March 13, 2020.  The beloved husband of the late Charlene (Bennett), Ray would have celebrated his 72 birthday on March 25th.

Ray was born, raised and educated in Cambridge.  He was one of six children born to the late Walter and Frances York.    Ray would meet his future wife, Charlene, at O Dee’s in Cambridge.  They would marry on August 19, 1973 and move to Burlington in 1979 where they would raise their three children and become involved members of the community.

Ray worked hard to provide for his family. He worked for Filene’s Department store as a painter for over 35 years.  In addition to working full-time he took on several side jobs painting.   Ray was a hands-on dad.  He coached his children in both softball and baseball.  Ray never missed any of this children’s events and could always be seen on the sideline cheering them on.    As a family they enjoyed spending their summers at the Burlington Swim and Tennis Club where he was on the Board of Directors.   He enjoyed taking trips to Cape Cod and Santa’s Village with his family and in later years his grandchildren.   Family meals were an important ritual in the York household.  Sundays in the summer he enjoyed going to his brother & sister in law Diane & David’s pool.

Ray took pride in his home. He meticulously maintained his yard.   He loved a good game of cards whether it was playing old maid with his grandkids or a competitive game of poker with his family.  He enjoyed going to Bingo every Saturday evening with his brother-in-law Chuck.    Ray had a wonderful marriage to his wife Charlene, who passed away in March of 2019.  He was proud of his three children Jennifer, Christopher and Nicole. His greatest joy was being a grandfather of Kayleigh, Gavin, Mackenzie, Sophia, Makayla and Christopher.

The Archdiocese of Boston asks that attendance at Funeral Masses should be limited to only immediate family.

Share Your Memory of
Raymond
Upload Your Memory View All Memories
Be the first to upload a memory!