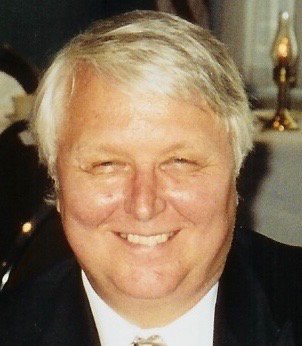 Joseph G. Kadilak, Jr. a retired accountant, passed away unexpectedly on Thursday, March 19, 2020.  He was 74 years old. He was born in East Liverpool, Ohio. He was the oldest of 5 sons born to Joseph and Madeline Kadilak, along with four adopted siblings.  He grew up on a farm in Pennsylvania, the perfect place for Joe and his very active siblings to learn responsibility and independence while still getting into plenty of mischief.  He graduated from Western Beaver High School and finished 1 year of college before being inducted into the Air Force to serve during the Vietnam War.  He served for almost three and a half years and earned the rank of Sergeant. He served a year overseas and was the recipient of the National Defense Service Medal, Vietnam Service Medal, Republic of Vietnam Campaign Medal, Air Force Commendation Medal, and Small Arms Expert Marksmanship Ribbon.  He was very proud of his military service and supported and respected those who served with him and after him.  The best thing about his military service was that while stationed at Hanscom Air Force Base in Bedford, he met his future wife, Ann Marie Russo, whom he married in 1968 while still serving his country.

Following his military service, Joseph completed his education at Bentley College.  He worked for Winn Real Estate Development Company for several years before starting his own accounting firm, supporting small businesses and individuals. He and his family lived in Arlington for a spell before settling in Burlington in 1977. Here his farming skills were put to good use in his backyard garden. He loved to cook, and was always experimenting with new recipes.

Joe was intellectually curious, always trying to understand the inner workings of everything. He especially loved cars, a love he passed to his children. On weekends he could often be found helping them perform their own auto maintenance and repairs in the driveway of their home. He was very handy and could do almost anything around the house himself.

Of the many loves in his life, his grandchildren, who affectionately called him “Pop,” were a special source of joy. Nothing, however, could top the unending love and devotion he had for his wife of 51 years, Ann Marie. He spent the last years at her side caring for her, bringing her beautiful bouquets of roses and showering her with love.

Joe will be remembered by all for his thoughtfulness, quick wit, and dependability. Whether you needed him to play Candyland with the kids while you ran some errands or help install a dishwasher, he was always a phone call away, and he usually arrived bearing gifts and a sarcastic quip or two.

Joseph was the beloved husband of Ann Marie (Russo). He was the loving father of Jennifer Kadilak & her wife Carol Laboy of Malden, Joseph Kadilak, III & his wife Nanette of Ayer, Paul Kadilak & his wife Susan of Burlington and Jon Kadilak & his wife Nicci of Burlington. He was the proud grandfather of Ryan, Ethan, Colton, Alexis, Sofia, Domenica, Maya, Hannah, the late Eva Madeline Kadilak, and his soon-to-be-born grandchild whom he affectionately referred to as “Wolfgang.” He was the brother of Daniel, George, Michael, and Patrick Kadilak and Mark, James and the late Margretta Fischer all of Pennsylvania. He is also survived by many nieces and nephews.

Funeral services will be private.  Memorials in Joseph’s name may be made to the American Heart Association (www.heart.org) or the Vietnam Veterans of America (www.vva.org). For obituary, online guestbook, and memorial video see www.sullivanfuneralhome.net.  Arrangements by the Edward V. Sullivan Funeral Home, Burlington.