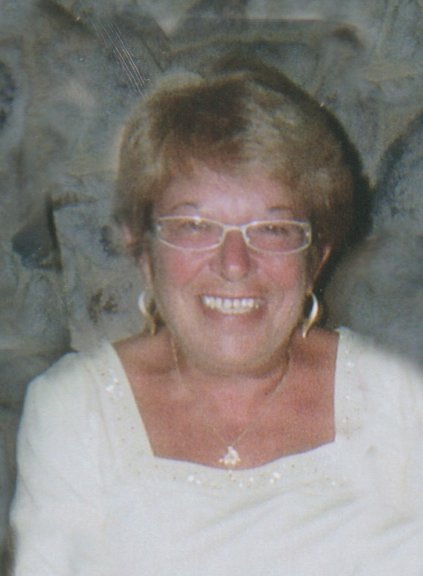 Obituary of Carol A Capodilupo

Click this LINK to view Carol's graveside service.  (The link will be available once the the live-stream begins.)

We will be live-streaming Carol's graveside service Tuesday, April 14 at 11:30 a.m.

Carol A. (O’Brien) Capodilupo, passed away at the Lahey Hospital & Medical Center, following a brief illness, on Wednesday morning, April 8, 2020.  The beloved wife of the late Dominic A. Capodilupo, Carol was 75 years old.

Carol was born in Boston. She was the daughter of the late Cyril and Concetta O’Brien.  Carol was raised in East Boston and was a graduate of Fitton Central High School in East Boston.   At the age of 20 she married the love of her life, Dominic Capodilupo.  They married on April 18, 1964.  In 1968 they would move to Park Drive in Burlington where they would raise their three children. It was a wonderful neighborhood to raise a family and Carol made many lifelong friendships.

To know Carol was to love her.  She was an amazing, energetic and vibrant woman who had so much love for her family.  Carol had a wonderful marriage to her husband Dominic.  They were more than husband and wife; they were the best of friends who were always there to support each other.   Her home was her castle, she loved to maintain it and kept it “spick and span clean”!  Carol was an incredible cook and her italian dishes such as meatballs, sausage and sauces, were just a few of her favorites that she loved to cook for her family.   She was a stay at home mom for her three children Michael, Robert and Kara when they were growing up.   She eventually went to work as a Bank Teller at Central Bank in Burlington.  With her outgoing personality it was the perfect job for Carol as she loved her daily interaction with customers.  She retired after 18 years of employment.

Carol enjoyed traveling and had taken several trips to Italy as well as the Caribbean.  As a family they spent vacations at Sandy Point Beach Resort at Alton Bay on Lake Winnipesaukee.    Her grandsons, Robert and Anthony, were her world.  She was their beloved “Nonni” and they were fortunate to be a part of each other’s lives on a daily basis.    Carol will be remembered as truly a “one of a kind” woman who leaves her family with a heavy heart but also filled with warm and loving memories that they will never forget.

Carol was the beloved wife of the late Dominic A.  Loving mother of Michael Capodilupo & his fiancée Linda Cain of Tewksbury, Kara Nathan of Burlington and the late Robert Capodilupo.  Proud grandmother of Robert Nathan and Anthony Bruce.  Sister of Eleanor Barrisano of East Boston and the late Claire Martello and Lorraine Andrews. Sister-in-law of the late Angelo Capodilupo.    Lifelong friend of Mary & David Ambrose of Winthrop.  Funeral services will be private. In lieu of flowers memorials in Carol’s name may be made to the Cystic Fibrosis Foundation, Massachusetts Chapter, 220 North Main St., Suite 104, Natick, MA 01760  www.cff.org

Share Your Memory of
Carol
Upload Your Memory View All Memories
Be the first to upload a memory!