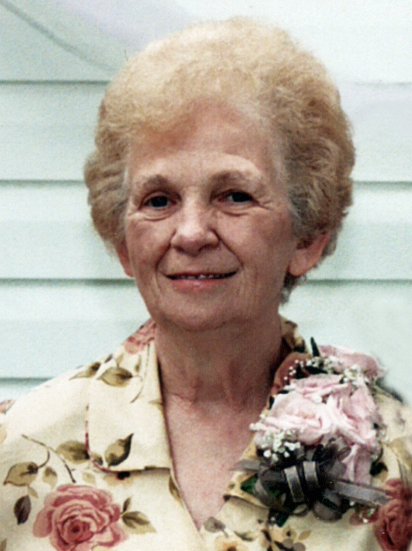 Annette M. (Leger) Blair passed away at her home on Wednesday morning, April 15, 2020.  The beloved wife of the late David A. Blair, who passed away this past July, Annette was 85 years old.

Annette was born and raised in a small village called Memramcook in New Brunswick Canada.  She was the daughter of the late Eugene and Anna Leger.   Annette would meet her future husband David Blair at a dance.  They married in Canada on July 2, 1960 and moved to the United States in 1960.    She loved her home in Newton and her role as a wife and mother. Her three sons were her everything and there wasn’t anything she wouldn’t do for them.    Annette had a “green thumb” and enjoyed gardening.  Her garden at her home in Newton was quite beautiful and it was her passion.

She raised her three boys and maintained a large multi-family home while her husband studied to become an architect.

As a family the Blair’s enjoyed taking trips back to her home in Canada where they would visit her family and spend their summers.   She maintained a close relationship with her sisters, who still lived in Canada.

She had many friends, and enjoyed walking with her walking club; more importantly the cup of coffee after the walk.

Annette and her husband David enjoyed traveling the world together visiting such exciting places such as Paris, England, Amsterdam, Las Vegas and California.   Annette will be greatly missed and remembered as a quiet but strong woman who had great love for her family.

Annette was the beloved wife of the late David A. Blair.  Loving mother of Mark & his wife Cheryl of Hudson, Steven & his wife Nancy of Woburn and Craig and his fiancée Denise Buckley of Billerica.  Proud grandmother of Kayla Blair.  Sister of Roberta, Cecilia and Felice all of N.B. Canada, Brother Raymond Guy of California & Arizona.  The late Marina, Eugenio and Roland.  Due to the current Health Crisis Funeral Services will be held at a later date.

Share Your Memory of
Annette
Upload Your Memory View All Memories
Be the first to upload a memory!