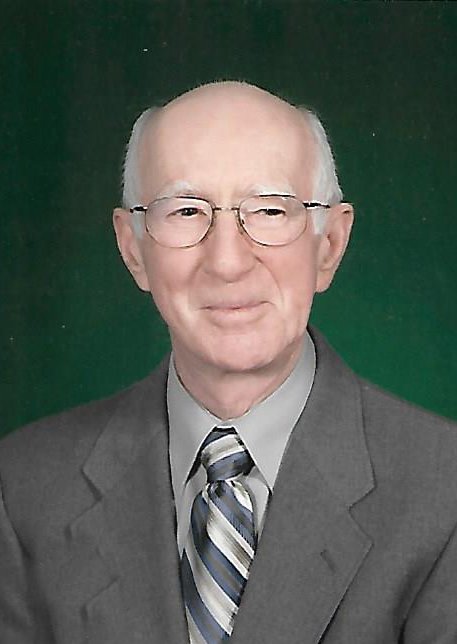 It is with heavy hearts we share the passing of Kenneth Baker, 91 of Burlington MA on April 20, 2020 of natural causes. He is survived by his devoted wife of 69 years, Jean, his daughter Melody of Burlington and his sister Jennie Inglis of Manchester New Hampshire. Also survived by his grandson Christopher, wife Tessa and great-grandson William, his daughter-in-law Holly Baker and her husband John, all of Powell Wyoming. Ken was predeceased by his sister Doris Humphrey and his beloved son Terry. He leaves his much-loved nieces and many treasured friends who he had the pleasure of making over the years.

Born and raised in Richford Vermont, Ken joined the Navy after high school for a 3-year tour of duty. Upon returning to Richford, he met and married the love of his life, Jean. Ken worked at various jobs until he began his career in banking as  a bank teller. After being promoted, they moved to St. Albans, VT, and moved up the ranks in other positions throughout Vermont and New Hampshire.  By the time Ken retired, he was President and CEO of Siwooganock Savings Bank. Ken and Jean then moved to Murphy, NC, where they were welcomed into the Ranger district. Nine years were spent with the most wonderful welcoming southern friends you could ask for. They then moved back to New England in 2002 and settled in Burlington.

Ken took great pride being involved with numerous associations and serving on many committees in Vermont, New Hampshire and North Carolina. He was especially proud of receiving the Citizen of the Year awards in both Lyndonville, VT and Murphy, NC.

A spiritual man, Ken was blessed with a wonderful bass voice and enjoyed singing in the church choir and listening to the Gather Gospel hour. Ken was a man of many talents: not only was he able to build or fix just about anything, he was an exceptional pastel artist specializing in portraits of treasured pets, which he loved to gift to friends and family.

Also an avid golfer and ten pin bowler, Ken loved to play on many leagues. Originally a Canadians hockey fan, he came to appreciate the Bruins and never missed watching a game. He and Melody attended many Bruins/Canadians games where he had to inconspicuously root for the Canadians! He was also a big Red Sox fan.

He enjoyed traveling with Jean and they were fortunate to have traveled the world together. He always seemed to run into someone he knew no matter where they were.

Ken was a patient father, kind, generous and a real gentleman. He was well liked by anyone he met over the years. Family always came first and he was blessed to be able to meet and spend time with his great grandson Will last year.

He will be truly missed.

His family would like to especially thank the nurses and caregivers at CareOne in Lexington.  In this difficult time of social distancing, they kept us informed and allowed us to be able to FaceTime. We also were able to visit him outside his window, which was a great comfort.

A memorial service will be held at a later time in Richford, VT, which was his wish.

Ken had recently mentioned that he wanted to make a donation to Mass COVID relief. Donations in his memory may be made online to: https://donate.macovid19relieffund.org

Share Your Memory of
Kenneth
Upload Your Memory View All Memories
Be the first to upload a memory!