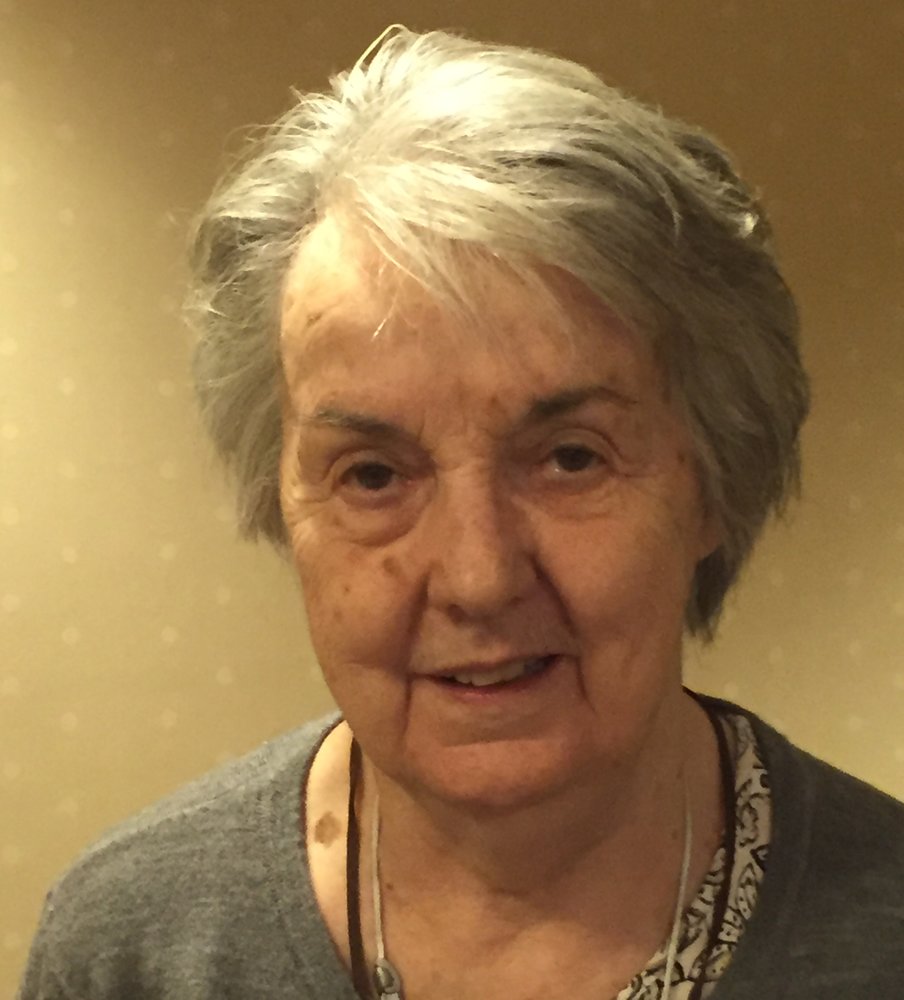 The above link will become "active" when the service is available (at approx. 10am, Wednesday, April 29th).

Annette Mary (Lyons) Upton of Burlington passed away at the age of 84 on Sunday, April, 26, 2020 from complications due to COVID-19.

Annette was born in Cambridge, MA on June 1, 1935 and named after her aunt the late Annette M. Tremblay of Wareham.   She was the daughter of the late George A. Lyons and Dolores H. Lyons (Tremblay) and was a graduate of St John the Evangelist Catholic High School in 1953. On the 28th of October 1961 she married Charles F. Upton of Woburn at St John the Evangelist Church in North Cambridge, and shared 57 years of marriage prior to his death on October 30, 2018. She worked as a service representative for the AT&T corporation on Atlantic Avenue in downtown Boston before transferring to Arlington. Annette and Charlie were lifetime residents of Burlington where they built a house and raised their two sons.  Annette was a dedicated and active parishioner of St Malachy Catholic church. They were involved in several St Malachy ministries including visitation of the home bound elderly and providing holy communion to the patients at the Lahey Clinic.  They were also recognized for their over 25 years of service at the Lowell Transitional Living facility, where they cooked and served meals on the first Wednesday of every month.

Annette was the beloved wife of the late Charles F. Upton.  She is survived by her sons David C. Upton and wife Jean Sicurella of Arlington, and Kevin P. Upton of Fort Worth, TX. Annette was blessed with grandchildren Antonio Xelhua of Burlington, Victoria (Upton) Nelson and husband Darius Nelson of Los Angeles, CA; Olivia, Everett & Ella Upton of Arlington.  Annette is predeceased by her brother George A. Lyons, Jr & his wife Dorothy Frances (O'Rourke) Lyons; and her sister Theresa L. (Lyons) Harris & her husband William A. Harris, Sr. Annette is survived by her sisters Louise T. (Lyons) Altobelli of Hudson, NH widow of the late Frank A. Altobelli, Sr; and Dolores A. (Lyons) Galeota & her husband Anthony L. Galeota Jr. of Bedford, NH.  Funeral Services will be private.

Share Your Memory of
Annette
Upload Your Memory View All Memories
Be the first to upload a memory!