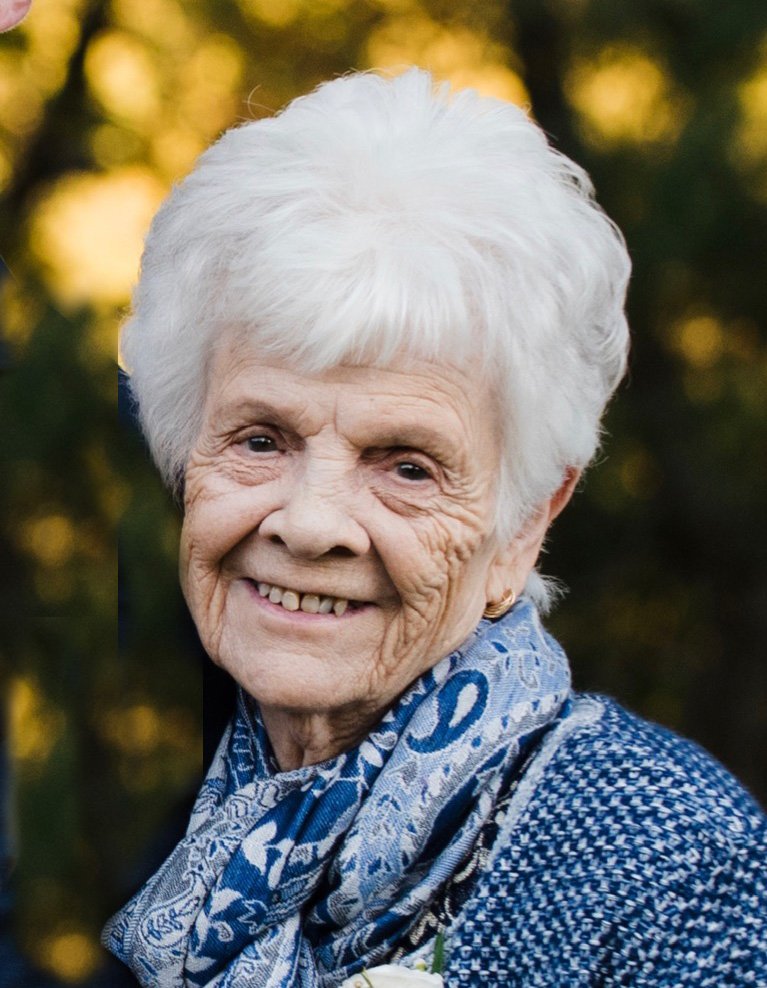 Patricia E. (Boulay) Malone, passed away peacefully in her home on Saturday, May 2, 2020, surrounded by her loving family, she was 93 years old.

Born in Belledune, New Brunswick, Canada, Patricia was one of fifteen born to the late Horace and Albina Boulay. She grew up on the family farm working alongside her brothers and sisters.  At the age of 17, Patricia boarded a train by herself to Boston to live with her eldest sister Doris and her family.  She helped out with the children and worked at Mullen’s Bakery in Jamaica Plain which was owned by her brother-in law, Harry.

While going to hairdressing school, Patricia worked nights at St. Claire’s in Harvard Square. There she would meet her future husband. Eddie would always say that Pat gave him the wrong change on purpose so he would have to talk to her! Their love soon blossomed and they married in 1952, first settling in Cambridge. In 1958 they bought their home in Burlington and built their life here.

Patricia worked as a hairdresser for over 65 years. Her first shop was located on Mass Ave in Cambridge called Beauty Creators. It was across the street from Malone’s Pharmacy where Eddie worked. After a few years, she decided to move the shop to Belmont and renamed it Edwards Beauty Salon. Once Patricia closed the shop, she would go to her elderly clients' homes to have a visit, do their hair and make them feel beautiful.

Patricia loved her siblings and would welcome any chance to spend time with them. Whether they were together in Belledune or Burlington, there was always going to be a card game that went well into the night.  Patricia was fiercely independent, driving until she was 90 years old.  She would often say that giving up driving was the worst part of getting older. She never stopped walking though. For years you would see her as she walked two miles a day, up and around Simonds Park or around the Burlington mall. Her beautiful white hair was hard to miss!

Patricia was a loving and supportive wife, mother, grandmother and aunt. She was an excellent cook and was known for her “Nana’s Mac and Cheese”. She would make one for every gathering and it was always the first dish to go. She was an integral part of her grandchildren’s daily lives, cheering them on from the stands of their games and competitions with her fingers crossed, praying for a win. Patricia always made time for her grandchildren and spoiled them as often as she could. She encouraged them to travel, experience new things, be kind to one another and to be good people.

A devout Catholic, Patricia was a longtime member of St. Malachy’s Church in Burlington. She was a past president of the Morgairs. She also volunteered her time for special needs children at St. Theresa’s in Billerica. Patricia will be remembered for her kind, caring and loving spirit.

Patricia was the beloved wife of the late Edward A.“Doc” Malone.  She was the loving mother of Karen DiSanto & her husband David of Burlington.  She was the proud Nana of Casey DiSanto & his wife Jayne of Beverly, Caitlyn DiSanto & her fiancé Bryan Conner of Golden CO, Corinna DiSanto of Burlington and Justin DiSanto & his wife Lauren of Tewksbury. Great grandmother to Dylan and Camryn DiSanto.  Sister of Bernadette Turner, Esther Roy, Ann Kelley all of Canada and the late Doris Mullen, Lionel Boulay, Sadie Estes, Phyllis Beyda, Horace Boulay, Lea Kennedy, Mary McElwain, Theresa McCoy, Alfred Boulay, Everette Boulay and Carmel Ann Boulay. Dear sister-in-law of John Malone of Belmont, Mary Malone Luger of Virginia and David Malone & his wife Marilyn of Plymouth. She is survived by many, many, nieces and nephews who she loved so much. A Memorial Mass and Burial will be celebrated at St. Malachy’s Church on Monday, June 22 at 10 a.m.  Burial to follow in Chestnut Hill Cemetery, Burlington. Memorials in Patricia’s name may be made to People Helping People PO Box 343 Burlington, MA https://peoplehelpingpeopleinc.org/