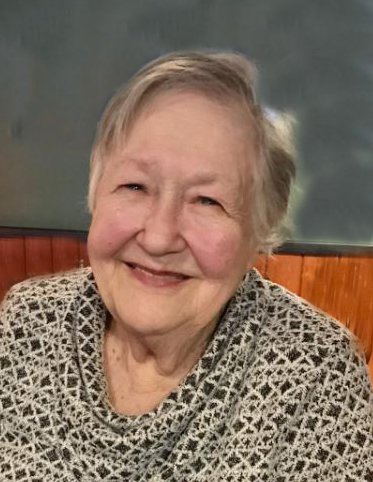 Gail P. (Lynch) Wood, a longtime resident of Burlington, passed away at the Lahey Hospital and Medical Center on Friday afternoon, May 15th following a courageous battle with cancer.  The beloved wife of the late Richard W. Wood. She was 84 years old.

Gail was born, raised, and educated in Somerville.  She was the daughter of the late Arthur and Mary Lynch. She would meet her future husband Richard, who had just come back from serving his country in the Korean War, at a local dance.  They married in 1958 and moved to Burlington.

Gail worked at Friendly’s located in Burlington center for many years.  With her outgoing personality it was the perfect job for Gail. She loved her job and her interaction with her customers, most of which were Burlington residents.  When Friendly’s closed, she went to work as a secretary at Progress Software. She worked well into her 70’s.  While most people look forward to retirement, Gail did not.  She loved going to work every day and being with people.

Gail will be remembered for her outgoing personality, her love of family and her feisty spirit!  She was the beloved wife of the late Richard W. Wood. She was the loving mother of Susan Russo of Burlington, Richard W. Wood, Jr & his late wife Melanie of Rochester, NH and Karen Galvin & her fiancé Steve Derderian of Billerica.  She was the sister of the late David Lynch.  Gail was the proud grandmother of Nicole Galvin & her fiancé Phil DeBye, Krista Galvin, Emily Russo Caze & her husband Jean & Steven Russo.  Great Grandmother of Weston, Ella, Travis, Breyanna, Tyrique & Isaiah.    Funeral Arrangements will be private.

Share Your Memory of
Gail
Upload Your Memory View All Memories
Be the first to upload a memory!